I am totally guilty of celebrating mediocrity as much as the next mom. I don't want to upset the kids and want them to know I'm proud of them win or lose. So the kids will probably expect a trophy for every event in life, even if they don't win.

I thought I was ok with that... I mean, I like hearing "nice try!" As much as the next guy. I wasn't the best in sports because I really didn't care if we won or lost and as a rule I'm not overly competitive.

Until today. When I was flat out called a loser. Right to my face! Seriously, I can't WAIT to win this time. 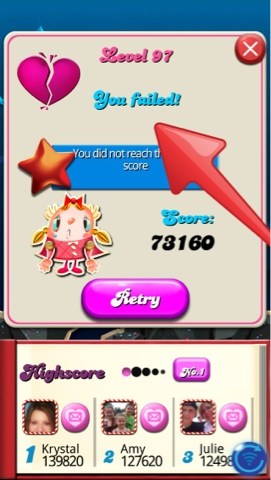 If I've mentioned it once I've mentioned it 100 times - I have some of the best friends a girl could ask for, spread out all over the United States.  We talk every day, either through Facebook or phone, and they know me better than some of my family does. The only strange part of our relationships is that for some of us, we've never actually met in person.

They are my imaginary friends, as Jay puts it. Women I met online while pregnant with Sami and who've I've now known for over five years.  Last summer Sam and I spent a weekend with five of them in Minneapolis (click here for that recap) and this year we hoped to do the same.

Now, Sam LOVES the kids as much as I love the moms. She had a blast last year and talks about her "birthday twin" Ally almost every day. She has pictures of Ally in her room, pictures of Ally and her dogs in our bathroom, and when Ally sent her a birthday invitation, she carried it with her for a week. She and Ally have only met once but let's face it, she's awesome just like me and knows good friends when she sees them. And for her birthday, she asked for one thing - to go see her birthday twin in Dallas.
﻿

Anyway, with the help of frequent flier miles I booked Sam, Addi and I on a plane to Texa in July. Then I held that information as a surprise over the girls until they did all their chores, then tortured them relentlessly with it. When it came time I recorded the girls reactions. As a heads up, Addi asked my dad where the "surprise" was and my dad said he buried it in the backyard. You'll need that information when you watch the first recording here.

Then, since they looked so confused in that video, we had a do over, linked here. It went a little better and I don't really feel bad about coaching them on how to act to make me look better... Isn't that what reality TV is?

The girls have gotten more and more excited each day, and who can blame them.  I can't wait!


May 31 marked a bittersweet day for Addi.  It was the last day of first grade, so while she was excited to have a summer break she was sad that she wouldn't see her friends and amazing teacher Mrs. Williams for a few months. I personally remember my first grade teacher and love knowing that Addi will too.  It helps that Mrs. Williams is quite possibly the best teacher ever and adores all of the kids.  The kids have all been in love with her since day one and to be honest, I kind of have a crush on her too.  She's THAT good.

Mrs. Williams is having a baby so the last day of school also served as a baby shower for her.  Each kid wrote what advice for Mrs. Williams on what babies like and gave her a book for her to read to Nora.  All of the kids in the class ADORE Mrs. Williams so they loved this. 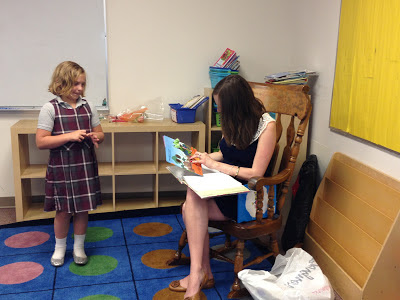 First grade was definitely a success.  Addi is officially a reader and is doing great in math.  Her favorite class this year was religion and she actually participated with enthusiasm the entire year, something we struggled with in Kindergarden.  The class did morning journals all year and it was really neat to read through those and watch her writing change and her spelling improve. 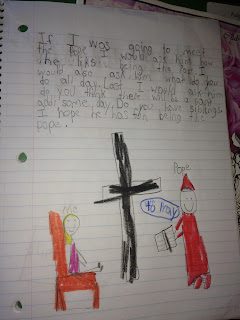 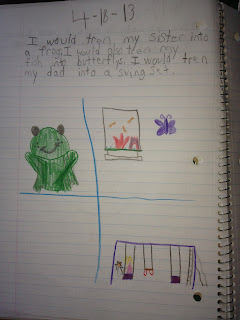 When August rolls around, I will not only have a kindergardner but a second grader!  I can only hope Samantha enjoys school as much as Addi!

Lefties Got It Going On

Every now and then Sami asks me to draw people for her and even though I've had a lifetime of practice, they are pretty much two dimensional and very basic.  I might go crazy and have one person looking up or to the side, but for the most part they look straight ahead.  And their noses never look like noses.  Can't figure the nose.

I am more than a little biased, but I do believe Addison is talented when it comes to drawing.  She is light years ahead of me and at age seven includes things that I wouldn't even think to put in a drawing.  She brought home several drawings at the end of the year and as I looked through them, I was shocked at how much progress she has made. Their faces are still pretty basic but they are looking to the side, legs crossed... The second one even has an animal peaking out behind her. 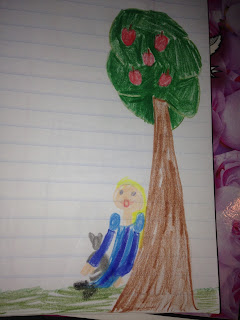 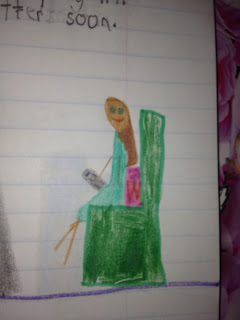 I have to think that since she's a leftie, maybe she's more creative. The part that makes me feel better? She can't draw noses either.  Just check out Tina.   But the best part? When Sam wants a drawing, I can just send her to her sister.

Even though I have heard people complain about society celebrating mediocrity with graduations from preschool, kindergarden, middle school, etc., it's really hard for me to stop smiling when I think about Samantha's graduation from preschool this year.

Seriously, how can this face NOT make your heart melt?!?  Seriously, it makes ME want to graduate from preschool again. 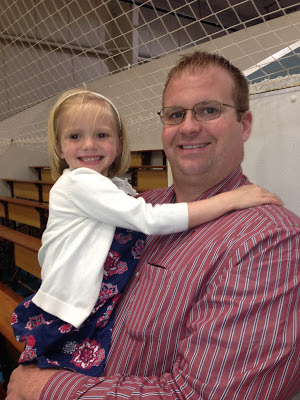 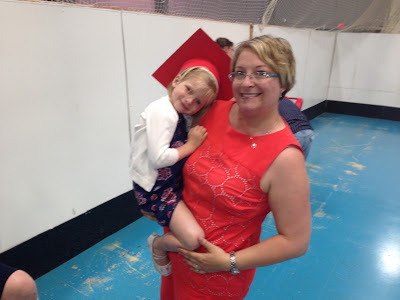 The ceremony was short and sweet (like Sam) but had it's cute moments.  The asked each of the kids want they want to be when they grow up and we heard "fireman", "Baseball player" (from a girl), and "dentist."  When it was Sam's turn, she proudly stood up and said, "I want to be a princess!" 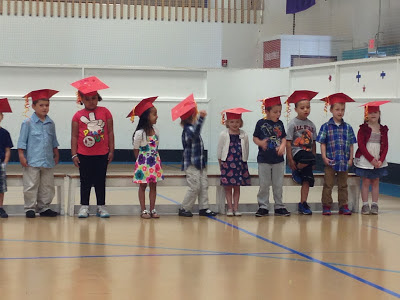 It's not hard to imagine that coming true.  She's already a princess in our book. 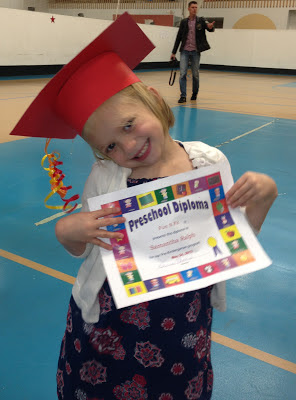 We have a new parent in our house these days.  She's kind of the opposite of me - quiet with endless amounts of patience - and the kids have really enjoyed talking to her. 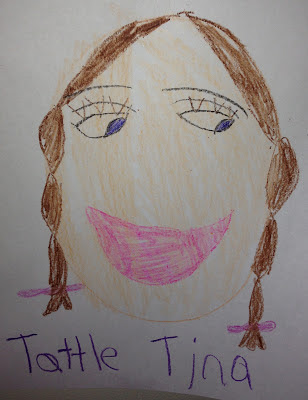 The kids can tell her ALL the things they want about what their sister is doing wrong, what they don't like, or how life is  unfair because of X, Y, or Z. They have welcomed her with open arms and I am doing the same.  I like Tina a lot.

Jay could care less. He's just happy that despite actually living on the fridge, she doesn't eat much.

Our cat is a one woman kind of guy. He likes me, hates everyone else.

Wait... He loves Jay's toothbrush too. We can't forget that post. http://lifewiththeralphs.blogspot.com/2012/09/18-take-my-cat-to-vet.html

Anyway after being out if town for nine days he has had a change of heart. I woke up once last night after Bandit started licking Jay's face (and was thrown across the bed onto MY face) and once by Sam annoyed because he was bugging her.

Addi has yet to complain. 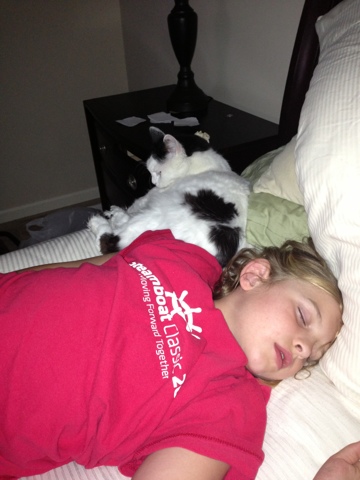