Back in April, we were lucky enough to not only hang out with our good friend Justin on his birthday AND his wedding day, but we got to bring a piece of him home. 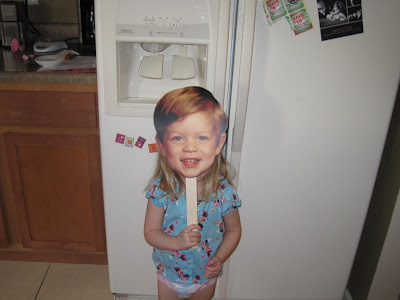 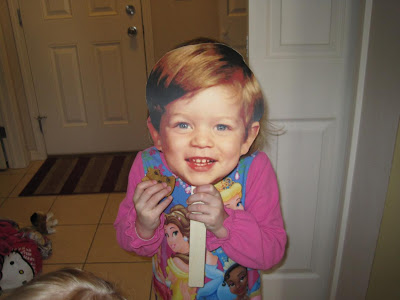 Only a little creepy... But hilarious when Justin walked into the surprise party and saw us all holding up his childhood face.  Great idea, Kacy!

6. Run a half marathon


About two years ago, I started jogging.  Then last year Jenny and I signed up for our first race and loved the feeling when it was complete.

We talked about several different 1/2 marathons... The princess one at Disney (seriously, how cool is it to run through Cinderella's Castle???)... One in Chicago... But with me being from Indianapolis, that was the one I wanted to do.  So I sent Jenny the info and a few days later we both signed up.  Then, we told a few friends we were signing up and Mandee, Kim and Nick joined in the obsurdity fun.

Over the winter, we started training.  I knocked #24 off my list (Join a Gym) and Jenny and I ran in the snow, in the cold, in the dark, and on our treadmills (another purchase I made.)  Spring sprung.  Mandee put us all to shame by sticking to her training schedule 100%, Kim moved cross country and cancelled, and Nick moved 6 hours away, eventually backing out too.  And Jenny and I kept running.

Then, we hit mid-April and pure fright set in.  But we ordered our matching shirts, went on a few more long runs, and headed to Indianapolis the night before the race. 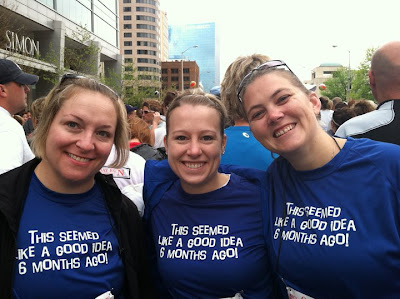 Me, Jenny and Mandee, right before the start.﻿  Our shirts said it all. 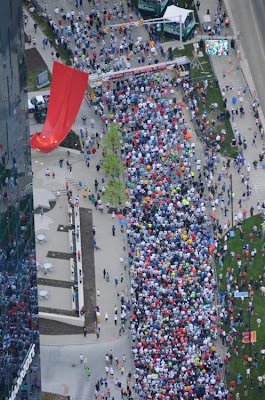 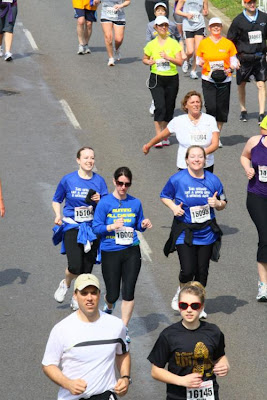 An action shot... Proof we actually ran.  And no, I don't usually run with my thumbs up, that was all for the picture. 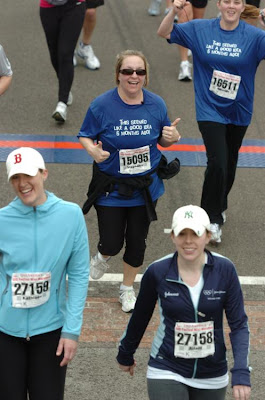 Me (and Mandee) going across the famous Yard of Bricks at the 500.  Next time I'll try something cooler than a thumbs up. 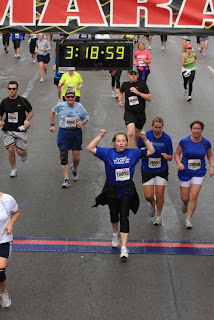 And, finally, the finish line.  I actually finished in under three hours but with 35,000 participants we didn't even cross the start line until almost 20 minutes after the gun went off.  And, yes, that's a really old guy next to me.  I totally beat him too.  What's it to you?

﻿Crossing this off my list was a pretty big deal to me.  I am NOT a runner, as I've said before.  I'm much more of a Jog-Shuffle-Gag-er.  I run extremely slowly, proved by being passed in Turn 1 of the 500 track by a guy in a Gumby costume.  And the time commitment it took to train took a huge toll on my family, with Jay majorly picking up the slack when I had long runs or needed to head to the gym.

But, knowing that less than 1% of the population did what we did on May 7th? 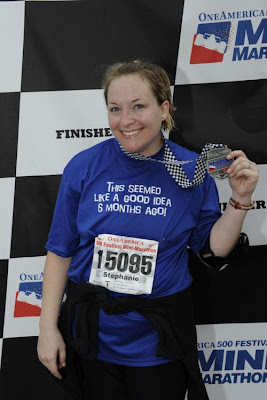 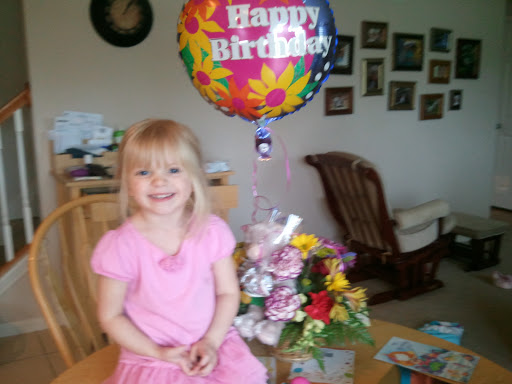 It's hard to believe it's been three years since little miss Samantha was born.

I quizzed our family on whay we love about Sam.  It didn't go quite as smooth or cute as I hoped.

I don't know, put her to bed

How forgiving she is

how cute she is when she talks

Not because she bites me

It was worth a shot.

A tea for dolls (and friends)

Addi and I are both lucky enough to have great friends where the moms and girls all get along really well (most of the time, anyway).  A few weeks ago we all headed to Chillicothe for a doll tea party, and we all had a great time.

First, we went to Old Chicago for some pizza, coloring (for the kids) and bloody marys (for the moms).   Yum on all accounts. 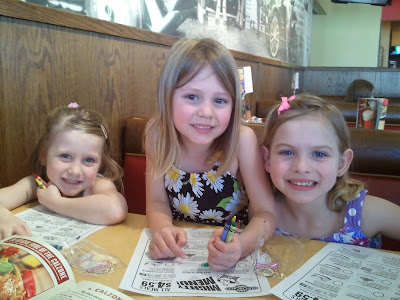 Once we found our way to Chilli after just a few wrong turns, we met up with Laura and Mila and the girls set out to make hair bows, get their dolls checked out by a doctor, and, of course, have some tea.﻿ 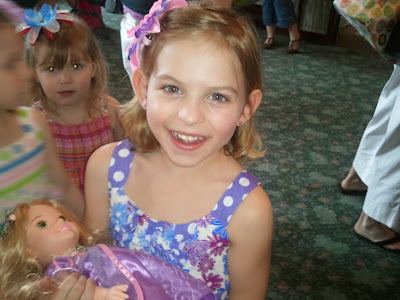 All in all, a pretty great afternoon.﻿ 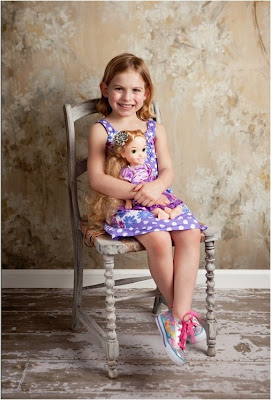 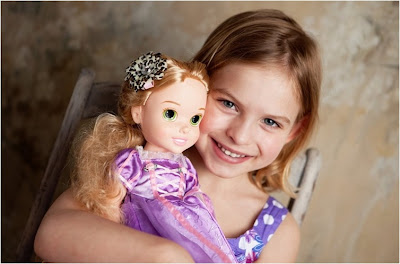 I need to start taking advantage of this girl's desire to clean everything in sight.  She even stopped bouncing at Monkey Joes so she could clean the tables. 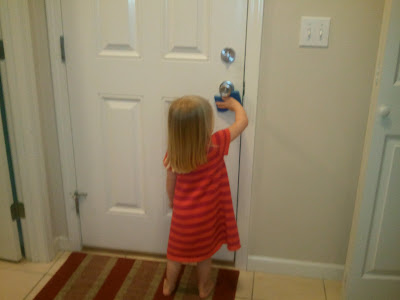 Great job, Murray the Murano.  You made it to 100,000 miles with ease and grace and just a little missing paint on your bumper.﻿ 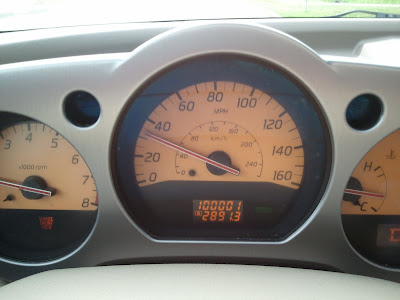