I've heard there are families who never, ever have kids sleep with their parents.  The kids go to sleep easily, stay there all night, and in some cases won't get out of bed until the parents come tell them it's OK.

Outwardly I say, "Wow, that's great!" when someone tells me that's how their house is but on the inside I'm really thinking, "My kids must seem like they are on crack compared to yours.  Either that or your kids are actually Robots. Seriously, where do you put the batteries?"

Truthfully, most of the time I don't mind them coming to cuddle in the middle of the night or in the morning.  I know it won't last forever and sometimes, that's when our best talks happen.  It's pretty hard not to get your mom's attention when your breath smells like something crawled in and died.

Even though we don't mind the snuggles, Jay and I both agreed that getting the kids to go to sleep in their own rooms was key to our families happiness. The bedtime routines were getting out of hand, so when Jay told me of his latest bribe I said OK.

He told Addi that if she put herself to bed every night between Thanksgiving and Christmas she could have a cat for her birthday. He said he knew it would never happen, it was a total sucker bet, but he hoped we'd at least get a few weeks of effort out of her.

Well, we rang in the new year and Addi was still putting herself to bed. So after one more month of threats (where Jay really hoped she'd slip up) we let her pick out her very own kitty.  My friend Delena had taken in a stray pregnant mom and was happy to let one of the kitties go, so the price was right, and on February 3 Leo the Lion Ralph joined our family.

Turns out, Jay was the sucker in that bet.  But really, we all won.  Leo is a great addition to our family. 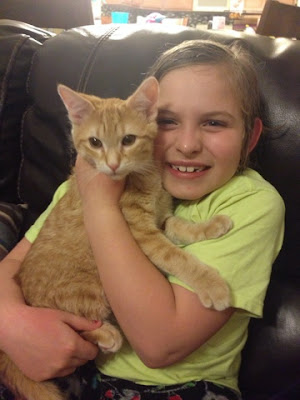 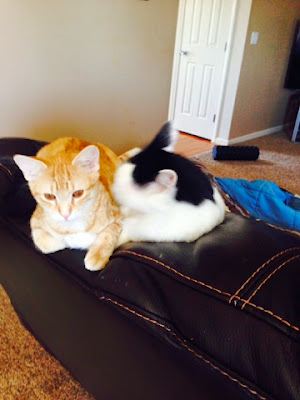 The other day my dad asked, "What are we going to do with Samantha? She's so shy and is always clinging to you."

I laughed, because although that's how it appears to people who only see her with me, others know the truth.  She's totally outgoing, loud, obnoxious, rude, funny, and independent most of the time.  It's just when I appear, so does the umbilical cord.

Today one of Sam's classmates' moms sent me a picture of the girls at recess. Looking at it on my phone, I thought, "Oh, I thought Sam wore a white shirt today."  A closer look proved me right.  Although there was a kid with white blond hair and a maroon shirt in the picture, that was not Sam.

She is the one photobombing in the background, looking like a psycho. 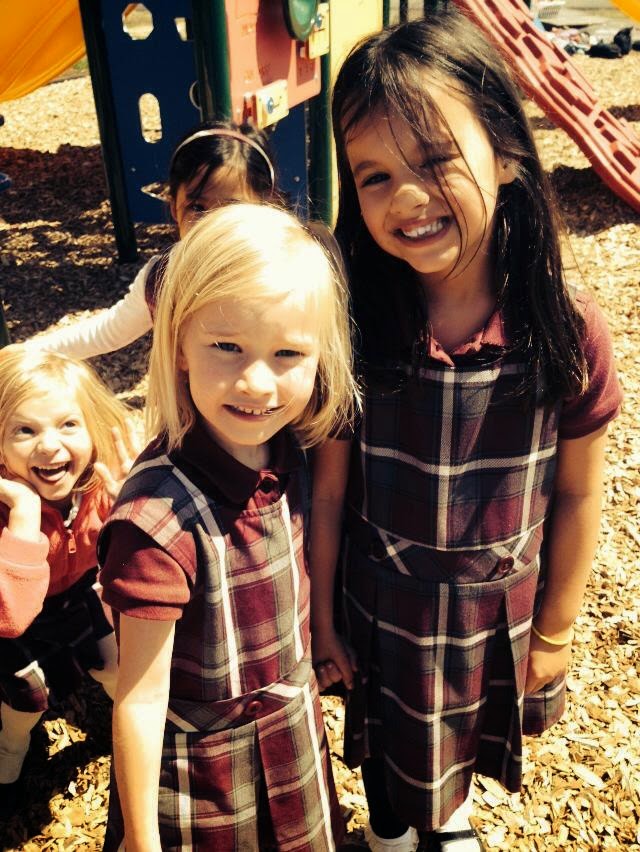 If cats could talk

This morning Addi was laying in bed with me, petting Bandit.  She said, "I wish Bandit could talk and tell us what he's thinking."

Two of the three in this picture enjoyed themselves.  One did not.  Want to guess who didn't like it? 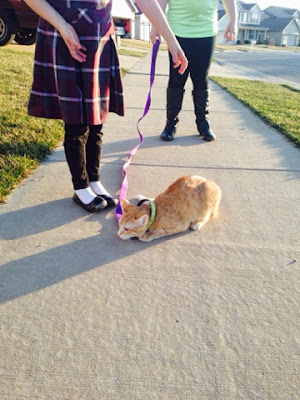 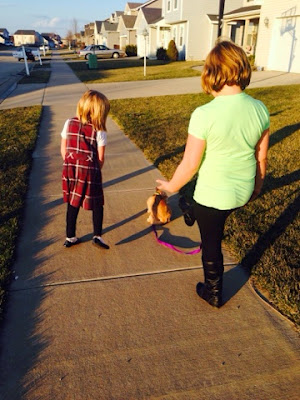 A few of the highlights

Isla Roatan, Honduras... The girls snorkeled for the first time (and loved it!) 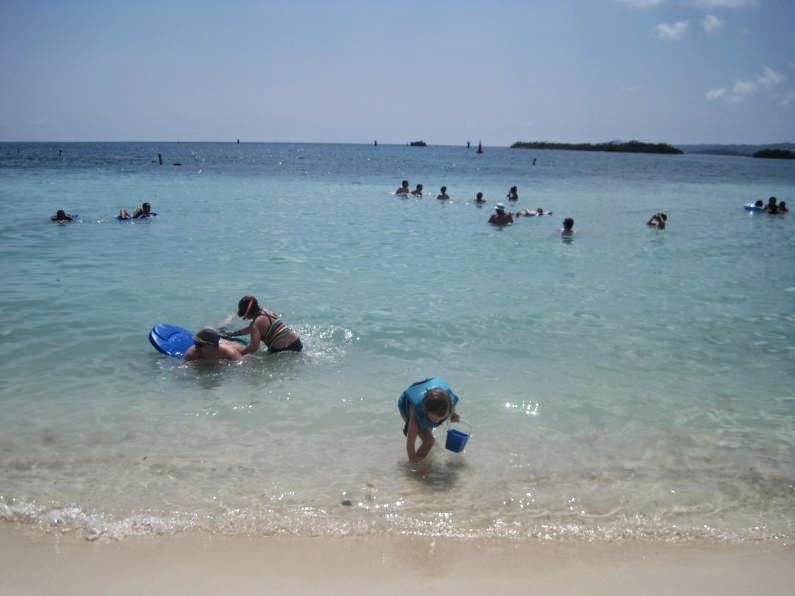 Belize... cave tubing through the rainforest with the kids. Very, very cool. 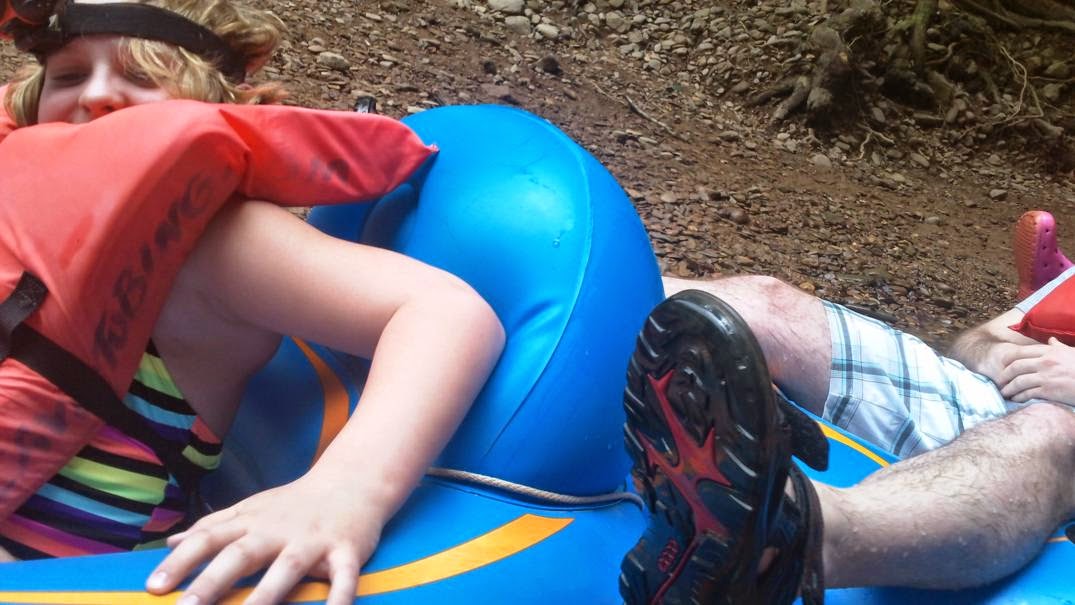 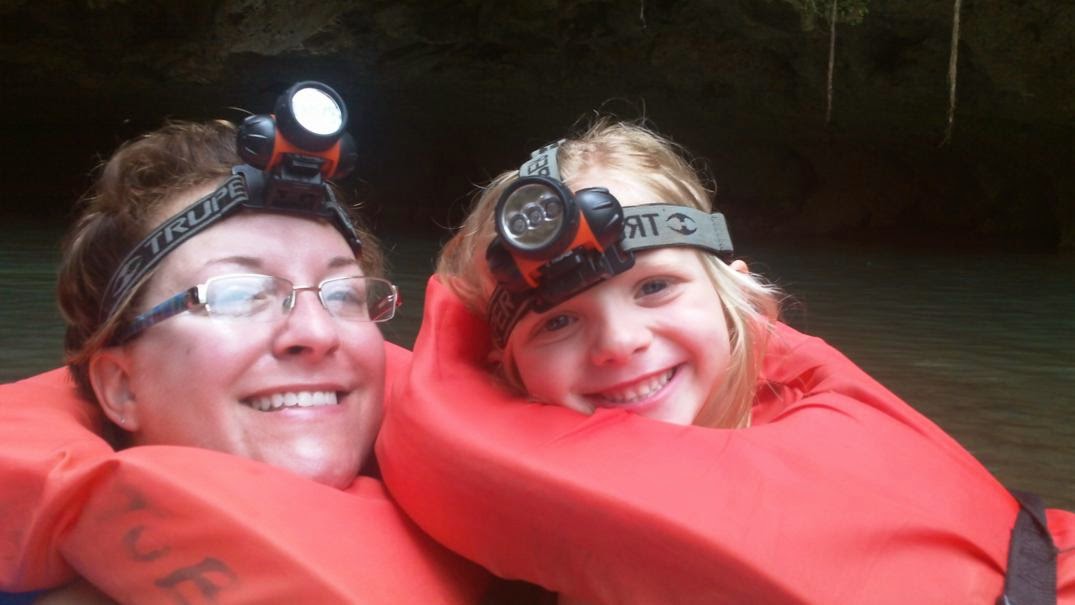 Cozumel, Mexico... a private island, catamaran ride through the ocean, a day in the ocean and an open bar. 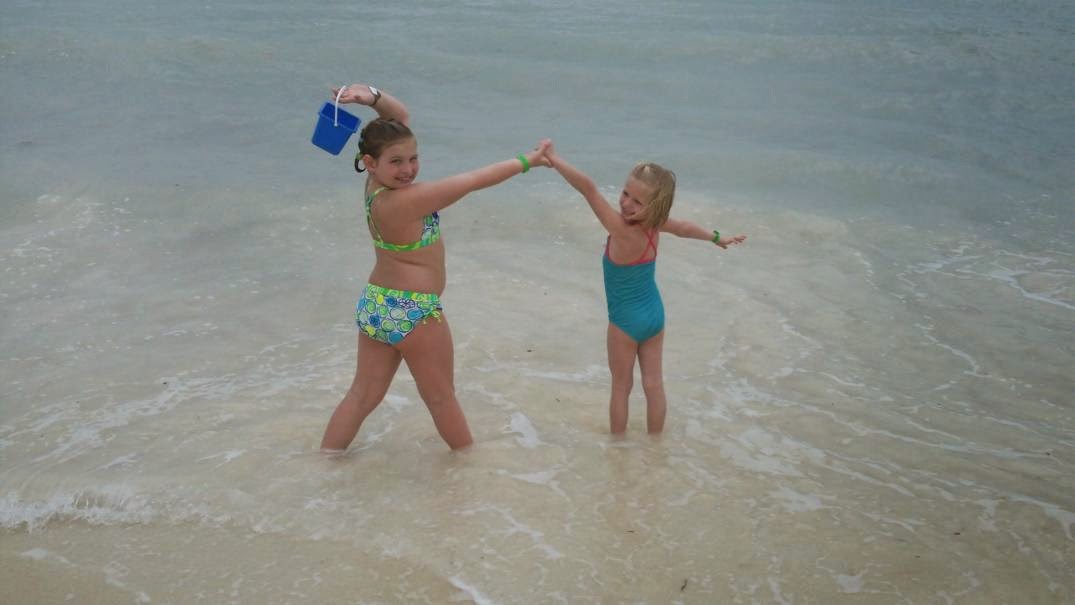 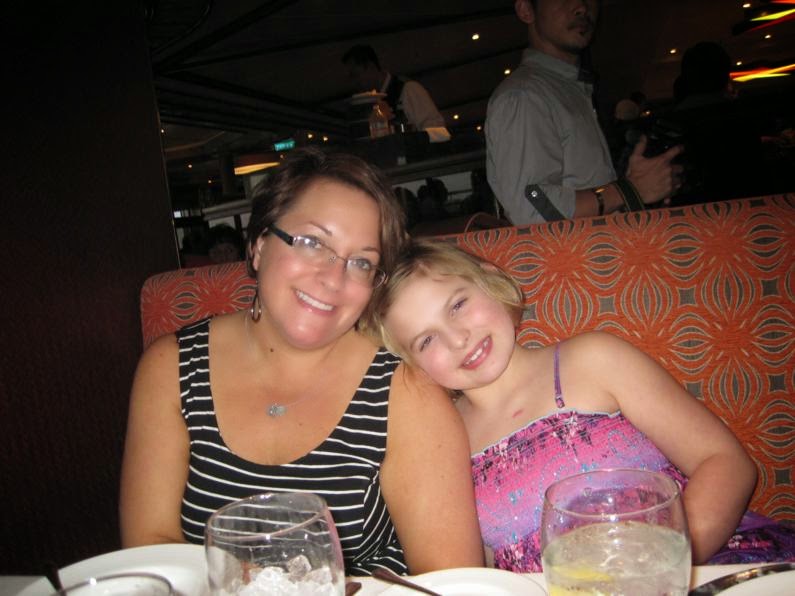 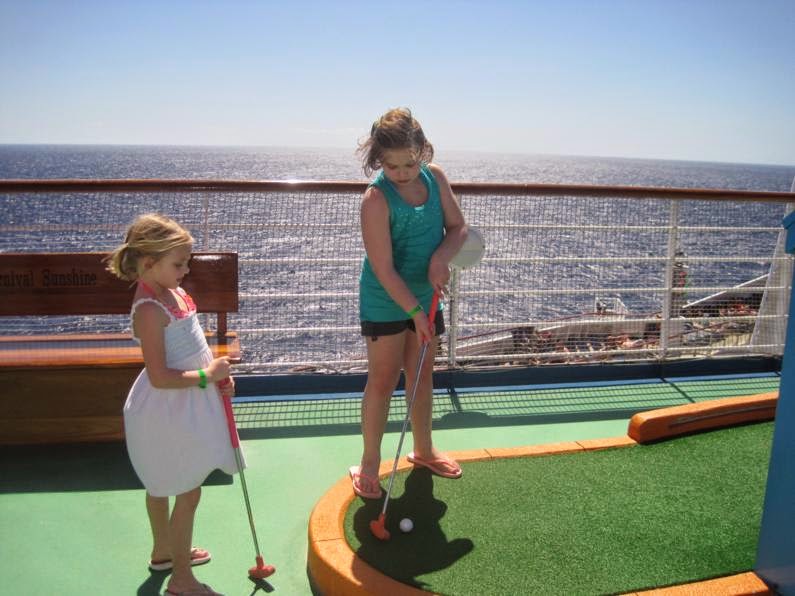 And a ton of great family time. 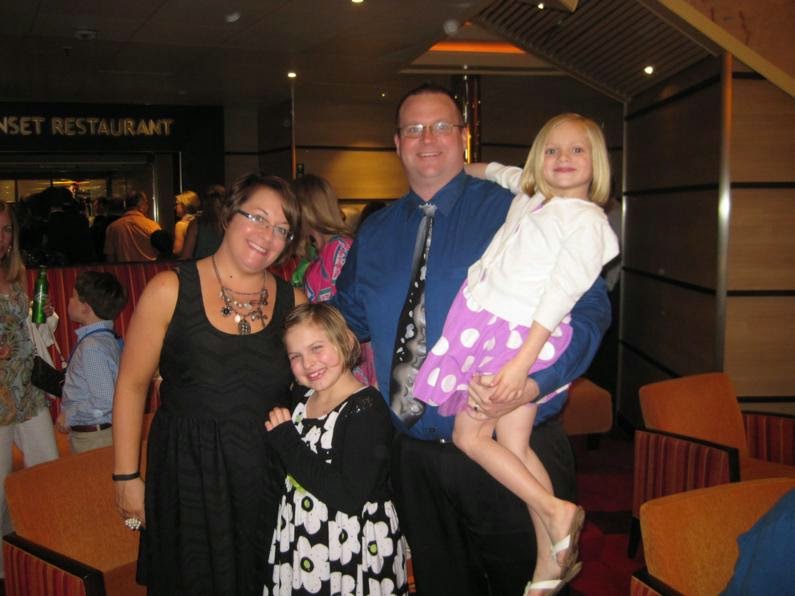