That expression never gets old... It's a line from one of my all time favorite﻿ songs by Kenny Chesney - if you haven't heard it, go right now and listen.  Go on.  I'll wait.

OK, now that we took care of that, I'll explain.  While I absolutely LOVE summer, I love fall more.  Sweaters, boots, picking pumpkins, football, leaves changing, wearing jeans with flip flops and a jacket, seeing your breath in the morning air... There really isn't a thing about that season that I don't love.  Thanksgiving is my favorite holiday and I've been known to take the long way to work in the mornings, just to drive through nearby Detweiller Park to check out the leaves.

Over Labor Day weekend, Mother Nature gave us a glimpse of fall with some cooler temperatures.  And while the leaves weren't changing and it was too soon to pick a pumpkin, we were able to meet the Pletchers for a day at Wildlife Prairie State Park for a chilly day.  It was the kind of day where you took your coats off, then put them back on every five minutes.  We walked around, checked out the buffalo, antelope, sad lonely wolves, black bears, birds, and bugs. 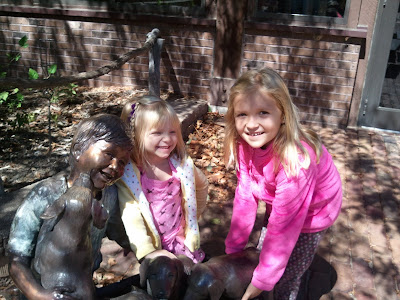 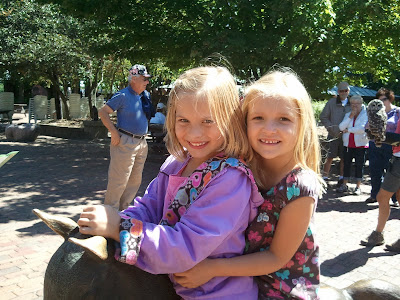 All in all it was a pretty nice day.  And the icing on the cake was Sam going to bed at 5 p.m. and sleeping until 7 a.m. the next morning.  Fresh air does a body good!﻿

Crafting is something I love, but don't really have tons of time to focus on.  But every now and then the urge to be creative takes over and I figure out a way to finish a project.

Last week I got the urge again.  Like my new wreath?﻿ 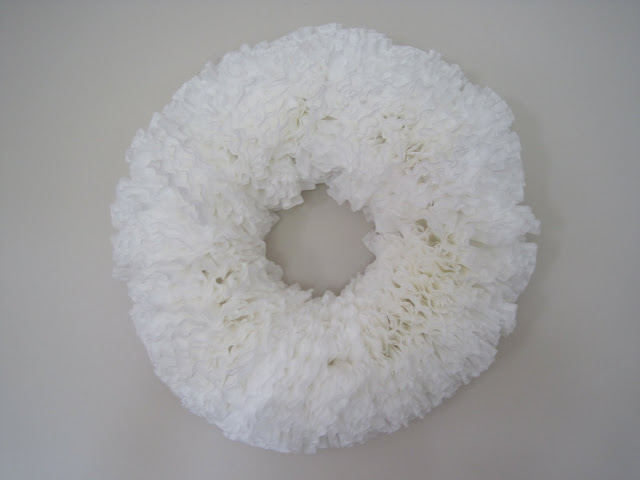 ﻿Yes, it's not perfect - it was a practice run to see how it would turn out, so don't get hung up on that like I probably will.  But, in case you are curious, here were my supplies. 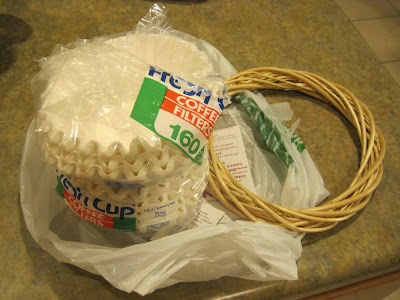 Here's the wreath, a 1/3 of the way done.  At this point Jay was mocking my burned fingertips and calling my wreath a "toilet paper poof."  Humpfff. 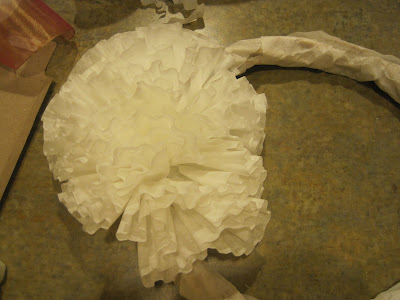 I'm hoping to make another one, this one a little more perfect and perhaps with a bit of color.  But, I have to admit I'm pretty impressed with the trial version.  Toilet paper never looked so good. ;) 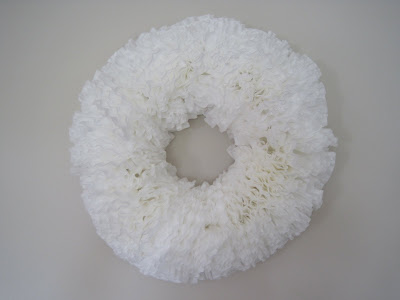 I found this on the camera.  And just had to laugh.  Addi loves to look in the mirror at herself, but this is taking it just a bit far.  ;) 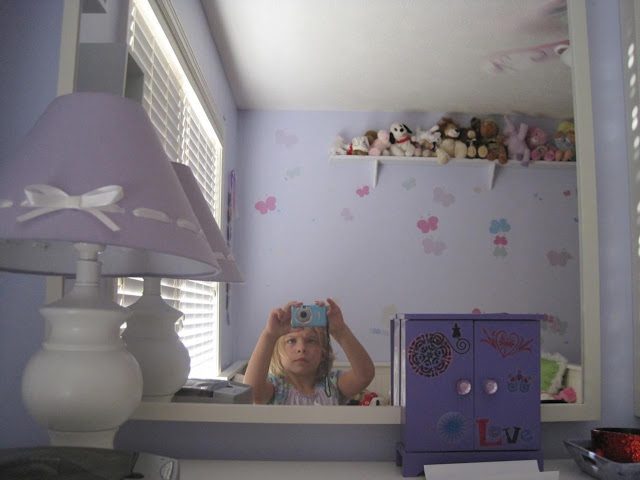 This year, Jay planted a garden including cucumbers, tomatoes, zucchini and peppers.  My part of the garden includes picking the good stuff and weeding around the plants, so I consider it mine as well.

Last year our tomato plant was the big winner, eventually standing taller than me.  This year, it's the cucumber plant that's the biggest, growing around the air conditioner and providing us with a LOT of food.

We've had raw cucumber slices with dip.  Made cucumber and onion salad.  Then made it three more times. I've thrown away cucumbers that we didn't get around to eating and given some to friends. Pretty much every time we go out there, this is a portion of what we find. 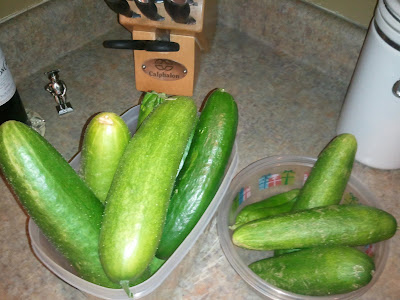 This weekend Jay got to work on something we've never tried before... Making pickles.﻿  First, he chopped up all the cucumbers we had inside, then went back to the garden and found 3 more cucumbers he swears grew while he was inside.  I wouldn't be surprised!  Then, he mixed up some pickle making stuff.  I helped by staying out of his way... That's what I excel at when it comes to cooking. 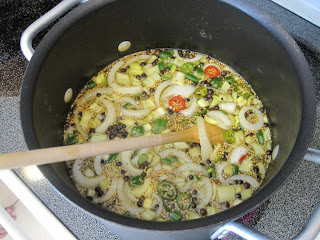 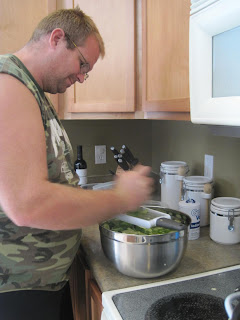 A few hours later, we had 10 new jars of pickles - some canned for the long run and some that will last around three months in the fridge.  But by the way the girls devoured the first jar today, I'm thinking we won't have any left by Christmas.  ﻿ 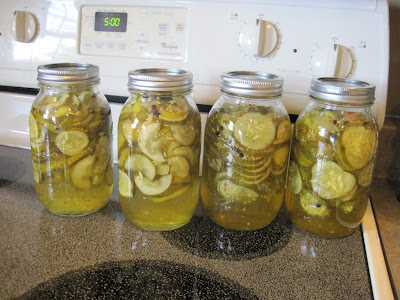 If I could only figure out how to plant black olives in our yard...

Ants in the pants

Today was one of those days.  It was long - filled with meetings starting at 7 a.m. and ﻿pretty much lasting the rest of the day - productive, stressful, and tiring.  I really needed a mindless activity to de-stress when I got home, so I cut the grass while Jay took the girls to the pool.  And when I sort of broke the lawn mower but still felt like I had ants in my pants, I started weeding the flower beds and threw my nemeses into the wheel barrow.

When the girls got home they found the wheelbarrow, pushed it to the gate and emptied out the weeds.  For their hard work I felt like they earned a ride around the yard. 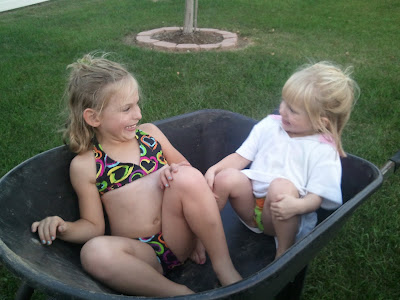 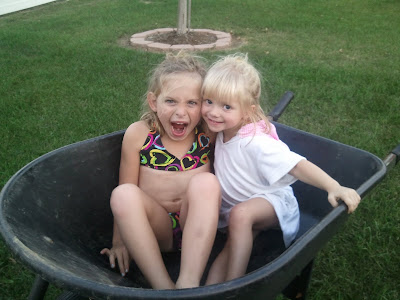 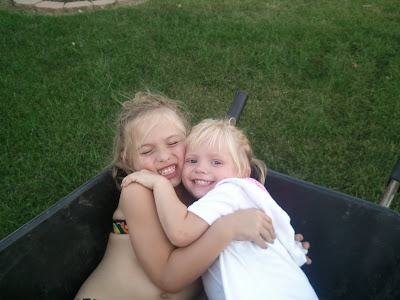 When the girls got real ants in THEIR pants, we headed in for baths and bed.