A few months ago Jay made ribs and Addi Fell. In. Love.  She has begged and pleaded ever since to have them again and this Saturday Jay finally gave in.  But instead of just making them for her, he decided it was time for her to learn how to cook.

They started with the trip to the store to pick out the perfect piece of meat.  I have absolutely no idea how to pick out meat - I'm pretty sure Jay gave up on any possibility of me learning years ago.  Once they got home and Addi saw the raw slab she changed her mind, but Jay and I insisted.  I told her that if she can learn to cook as well as daddy she's guaranteed to have boys want to marry her.  She just stared at me.   Probably not a selling point to an eight year old.
I missed taking pictures during the rest of the prep and cook phase but managed to snap a few while the girls were going to town on the finished product. 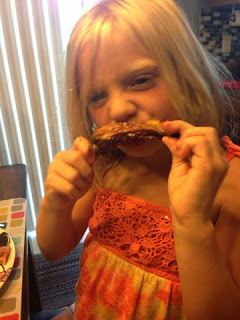 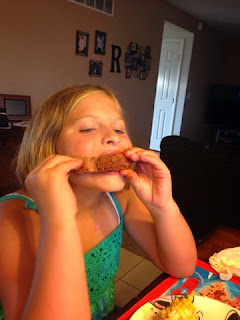 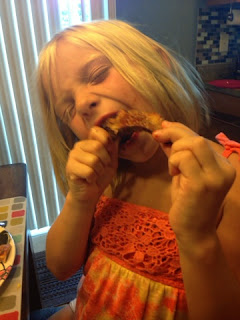 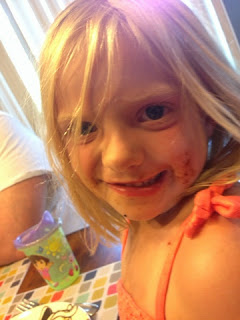 The ribs should have been the highlight of the meal.  However, laughter was the main takeaway after Sam and Addi were talking about long hair and Addi told Sam that Jay had longer hair in high school.  Sam said, "Oh, like a rock star, daddy?"  Jay looks up, confused, and says, "Lobsters don't have hair."  Seriously hilarious.