There are a lot of people who just let their birthdays go by with little-to-no fan fair. They are the people who, in casual conversation, let it slip that their birthday was the week before, and not only did they not tell anyone on the actual day, but they didn't even bring cake to share.

Sam, Addi and I are NOT those people.

If it were possible, I can say with certainty that both of my kids would love to have a parade on their birthday. A real parade with floats, marching bands, maybe even giant balloons. And it's not limited to them, oh no. Every year I look outside on MY birthday, just in case the parade goes by my window.

For Addison's 6th birthday, we mixed things up a bit from years past. Instead of a big party at home, Addi's two best friends Jillian and Sydney and MY two best friends Jenny and Beth jumped on a train to Chicago and spend the day shopping and having lunch at the American Girl Doll store and swimming at our hotel pool.
The dolls had a good time (and boy do they like their wine) 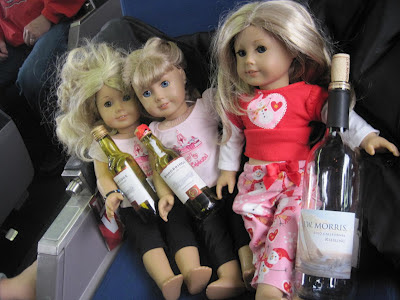 And the girls loved the AG doll store. It was insane! 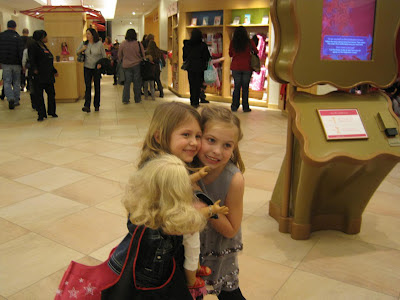 The girls loved seeing their pictures on the billboard 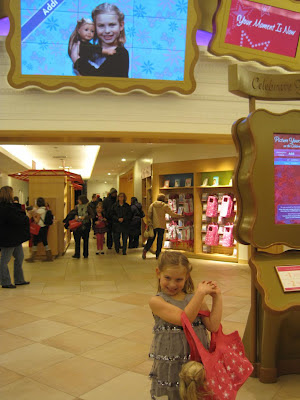 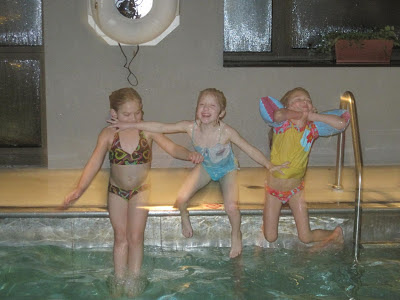 Next year's party will be hard to beat. However, I really do believe a parade would be fantastic. Pretty sure Addi would agree.