So, I've wanted to paint our kitchen since, well, about two days after we painted it to begin with.  Part of the time it looked OK, but depending on ﻿the hour of the day the color wasn't right.  But it never really made sense to repaint.

The kitchen and old couches﻿ 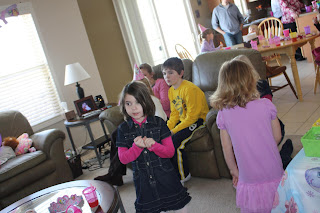 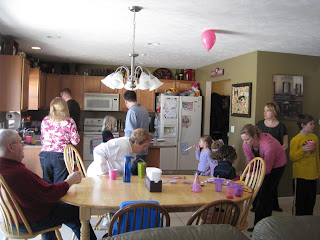 Fast forward to this Christmas break.  Our new kitchen table had been residing in the house since August, and it's new friend the new couch was going to be delivered soon.  The old carpet was on its way out and the painting and tiling were in full swing.  And a few days later, we were done!  The hardest part seems to be getting a picture of our entire enormous new couch.

The kitchen, after.  Notice the cute tile backsplash! 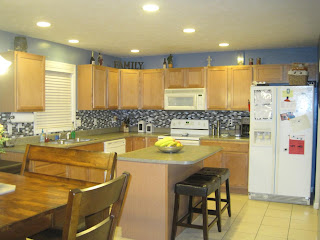 A wider angle, with the table 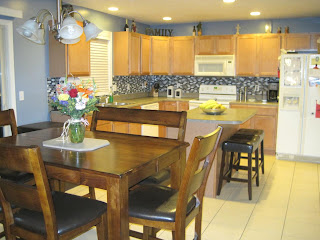 One step farther back, with part of the new couch (and Sam) 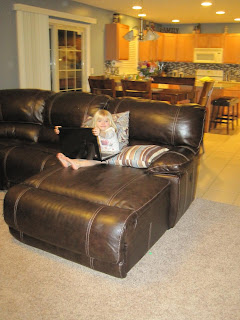 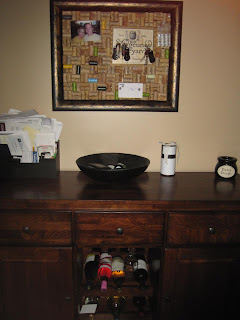 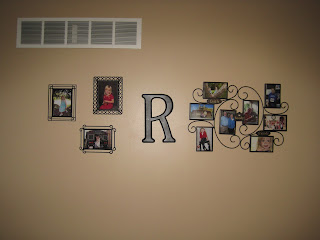 Fireplace and OTHER side of the couch 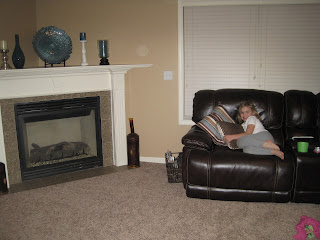