Do I call an exterminator?

Complete opposites. That’s what I’d call my kids on almost any given Sunday. I think it’s so cool to see the traits our kids have an try to decide if it’s hereditary or learned from us, and also cool to know that when SOME kids (ehem, Addi) are out of control, it’s not always because we suck as parents. Because Sam is being raised the same way and many times when Addi’s freakin’, Sam’s chillin’. Gives me just a little sigh of relief that I’m not complete screwing them both up.

One of the issues we’ve always had with Addi is that she doesn’t one specific thing she loves more than anything. So it’s pretty hard to find that one reward, that one threat, that one special thing to get her to go to bed or listen or behave or whatever. So you’d run out and buy her some Elmo stickers as the next best thing, and a day later Elmo was so last week. Frustrating.

Now Sam… That girl gets stuck on one thing and she’s golden. She loves cheese. She loves Elmo. She loves Mommy. She’s the easiest person to put to bed each night, assuming you have a pink blanket with her. So when it comes to gives, prizes, whatever, you are set. It makes gift giving hard and sanity harder.

A few months back we went to Disneyland and Sam nearly had a heart attack when she saw Goofy for the first time. We figured that’s how the rest of the day would go, but when Sam laid eyes on Minnie Mouse, her love affair began.

And now, we have a mouse invasion at our house.  I thought rabbits were the ones that multiplied but apparently, it's all animals.

It started off small... One mouse. 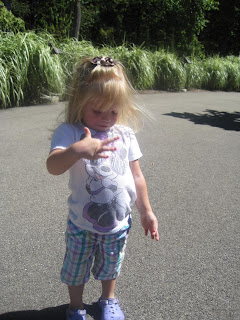 But before we knew it, there were two.  These ones came in the form of PJ's and are great for sneaking on the counter to steal packs of gum. 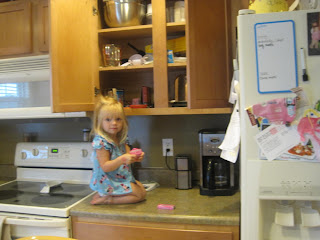 Then, the hardware appeared.  Sippie cups.  I found a matching plate in the cabinet. 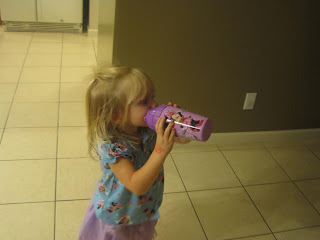 On the first chilly day, a cute Minnie dress with leggings made their debut.  A quick glance in Sam's dresser and I found three additional dresses, all in different colors. 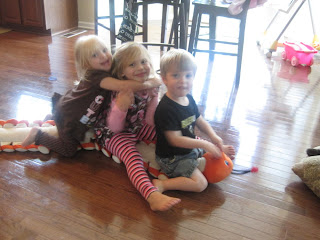 And when it came time to go potty, I found not one, not two, but three pairs of Minnie undies. 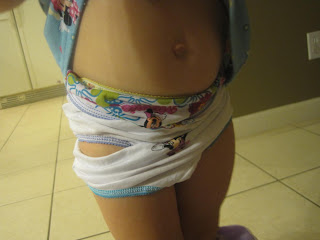 Who knows where the rest may be hiding.