You know you're sick when...

I cannot complain in the sickness department. After Strep-Throat-a-Palooza-2010, any illness that strikes our house and leaves less than a month later is seen as just a glitch on our radar screen.
And somehow, even though we went through 15 rounds of strep a mere 8 months ago, it’s still not easy to put the “sick” label on a kid. You have to wonder, are they tired? Maybe they ate too much junk the night before? Maybe when they were playing in a friend’s fountain and drank directly out of it on Friday night they could have ingested something nasty? The possibilities really are endless.
Saturday morning, Sam woke up and seemed fine. Then, she asked to go outside and when I had the audacity to suggest she put on pants, she turned into a sobbing mess. 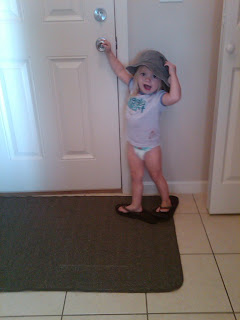 I chalked that up to her being two and wanting to explore her independence.
Then, we went to the store to get tap and ballet shoes for Addi, and she cried over and over again, “Momma I go HO-O-OME!”
I chalked that up to her not getting new shoes for herself. ‘Cause you know Sam loves her some shoes.
Then, she barfed all over me at Dunkin’ Donuts and Addi proclaimed her as sick. An hour later, she looked like this and had a fever of 102. Poor thing. But I still wasn’t ready to say she was sick. Kids get fevers… And barf… Right? 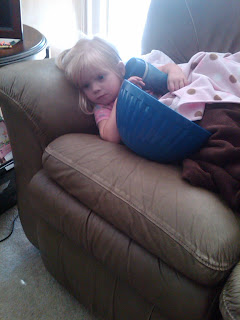 By Saturday night she had perked up a bit and since I was just a smidge short of going completely bat-shit-crazy from being inside with two kids all day, so we loaded up the car and headed to WalMart. And even sitting next to her awesome new Dora bike, Sam couldn’t muster up the energy to even say “Swiper no swiping!” She just sat there and stared off into space. That’s when Jay pronounced her sick. I still was not convinced. 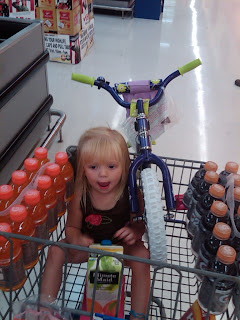 After we got home Jay and Addi went fishing and Sam and I stayed home. She wanted to swing so we headed outside and she started singing her ABC’s. By round three she had not only lost her gusto but also appeared to be slightly drunk. “A-B-CCCCC…..Now me know my AB… Wait! A-B-C-D-erghzzz…” By the time she got to G on round 4, her head was nodding. 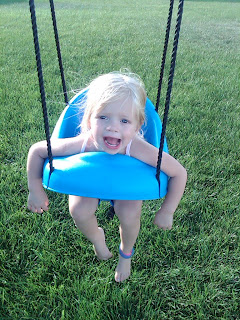 By round five, she was totally out. 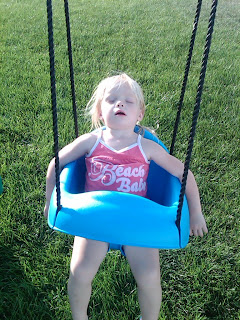 And that was when I finally proclaimed her as sick.
Sick, but still just as cute as ever. 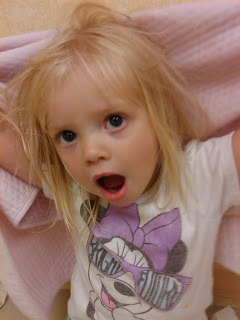