If I were forced to pick one age to forever keep Sam at, I would definitely say this one. At 19 months old, she is so unbelievable cute most of the time. She’s sweet, gives great hugs and kisses, and looks up at her sister with such adoration. And when Addi is in time out for knocking Sam over or hitting/kicking/yelling at her, Sam goes to her and tries to comfort her.

She’s also starting to find her personality and, at least to me, it’s so ridiculously hilarious.  Especially since she doesn't really talk... she more grunts and points.  Then grunts some more.

She likes to play dress up.  With anything in sight, including Build a Bear clothes. 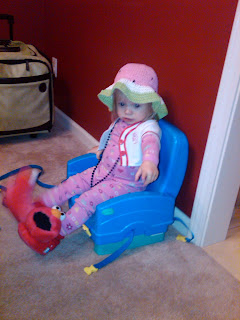 She loves to cuddle with any stuffed animal. 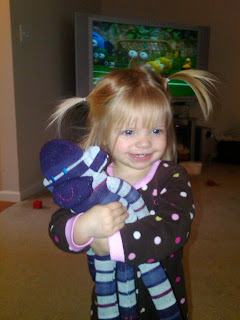 Even ones that Mommy let her play with in the cart for an hour, then took away, wrapped, and gave to her from Santa. 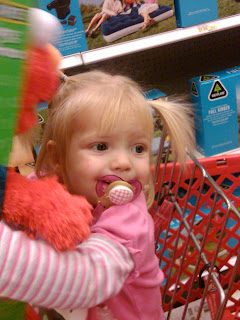 She lines her babies up, covers their faces and pats them to sleep. Even though it looks like a tiny little morgue it’s still super cute.  I've yet to get a good picture of this so you'll just have to trust me.

She does anything her sister tells her to, which will undoubtably haunt me very soon.  And for the record, this is a vacuum attachment.  Not a bong. 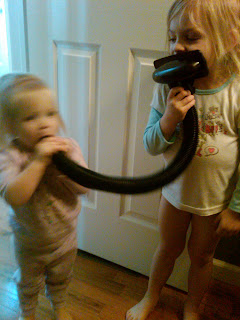 And, she undoubtedly has the CUTEST plumbers crack ever. 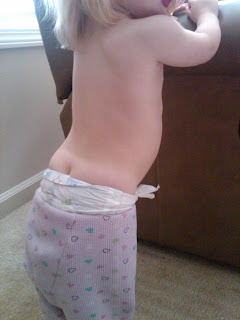 At least, I think so.