Ringing in the New Year

The past three days we've been lucky enough to spend some quality time with our great college friends.  Mitch, Mindy, Lincoln and Eleanor headed over from Indy and Andy, Nikki and Drew made the trek from Lafayette.  By Wednesday night it was just like old times... The guys were yelling at the TV and discussing football strategy and us girls were trying not to roll our eyes.

New Years Eve day we spent lots of quality time with the kids.  We blew up the bouncer in the basement and let the kids burn off some energy, and Addi got to hold a baby which she LOVED. 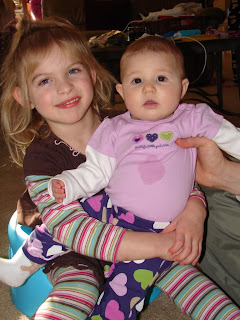 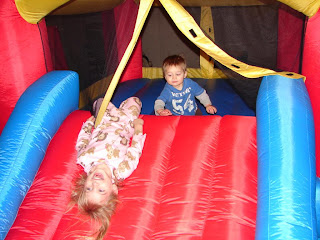 The boys even got to play with a bunch of girl toys.  Don't worry...  They found a way to toughen up strollers and shopping carts.  Races, anyone? 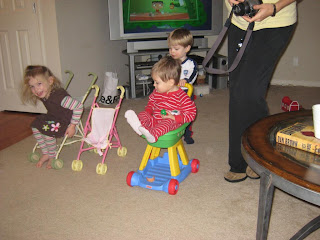 I was a little worried that with five kids running around our New Years Eve wouldn't be quite up the standards set in the past.  I mean, the guys did live together for four years.  They have done a lot of crazy things.  Things of course none of us girls had anything to do with, but you get the idea.

No worries.  It went above and beyond year's past.

We had live entertainment: 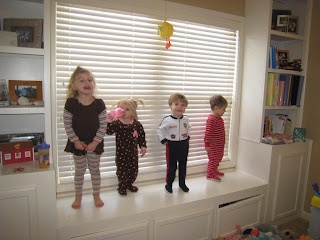 There was tons of food and drinks: 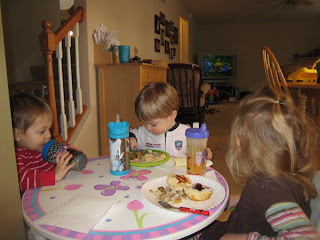 There were lots of hugs and kisses: 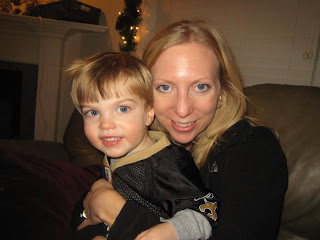 Some people got naked: 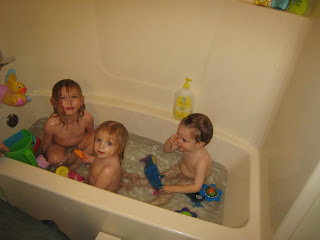 And woke up in strange beds with people they barely knew: 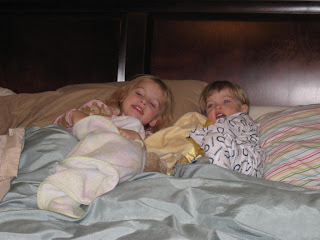 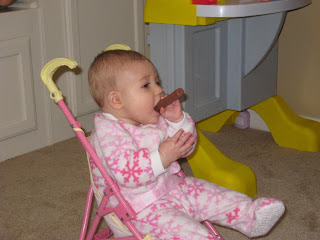 Disclaimer:  no babies were harmed during the making of this blog.