Too cute to spook

A downside to having the kids in regular daycare is the sickness... Someone is always sick around here! This past week was no different and, lucky me, I was the victim this time. But by Friday morning it appeared as if everyone was healthy and just in time for the kids' school Halloween parade!

Addi has been looking forward to this for weeks, so Friday morning I got up and got the kids ready for school. Addi decided a few weeks ago to be a "scary princess" so we got to work spraying her hair green and purple and covering her in scary makeup. 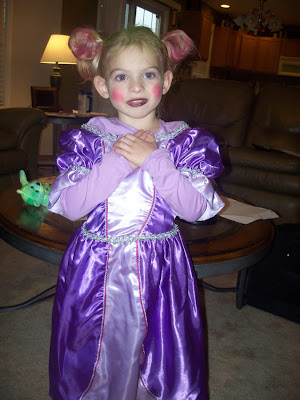 And out of pure laziness I decided to have Sam just wear a football jersey to school and save her real costume for Saturday at home. After Jay saw her he asked my mom to PLEASE upgrade Sam from the Stokley jersey (he moved from the Colts about 3 years ago) to at least a Harrison jersey... You know, since he's only been gone a year. 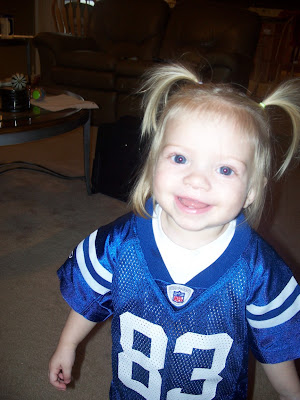 Once we got to school I dropped Sam off in her room and headed to Addi's room. And WOW. Just wow. Those teachers are worth every penny.

And apparently the need to be photographed is not unique to Addi. Once they saw the camera in my hand, every kid in the room ran over to have their picture taken. 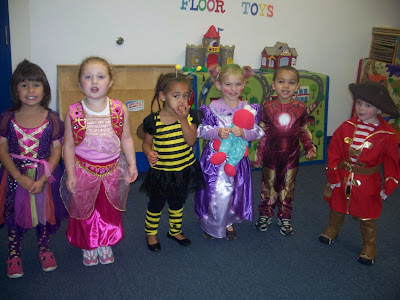 And then I had to show every single kid the picture I took. 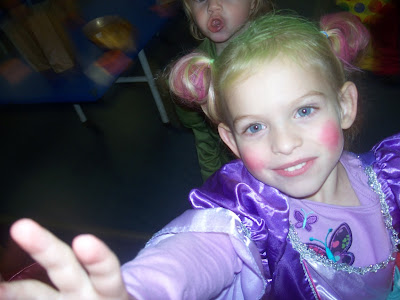 Addi's teachers did a GREAT job of dressing up. 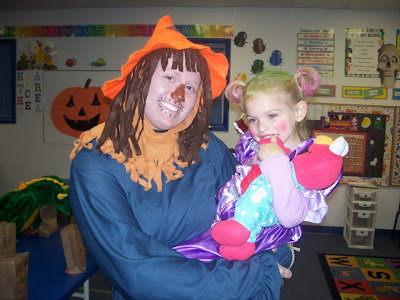 And Addi insisted that I take several pictures of her and her best friend, Montrell. 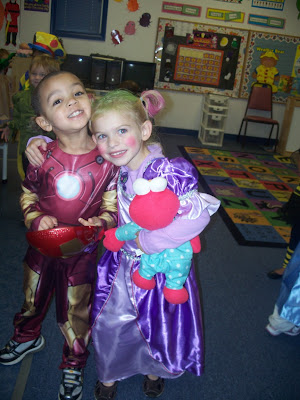 Finally I escaped from Addi's room and went down to Sam's to see if they were ready to head to the parade. Turns out, Teddy Grahams make 18 month olds sit in a nice little circle and pay attention. 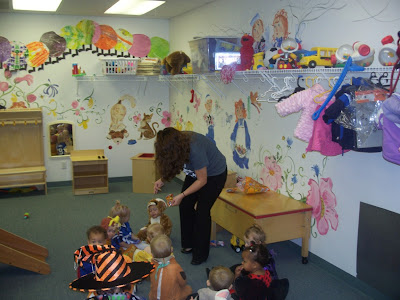 Sam's parade was pretty anti climatic. I mean, the kids were just pissed they left snack time to walk in a big circle, so most parents including me had to carry the kids around. 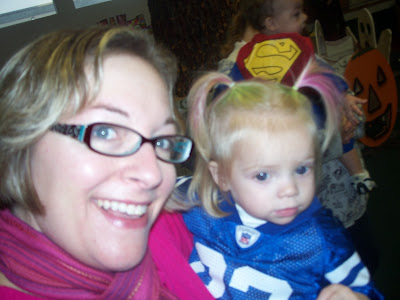 Once the kids were back at the snack table devouring cookies, I slipped out and headed down to the main area to watch Addi's parade. My mom and Jay showed up just in time and Addi was beyond ecstatic to see them. When she saw Jay she insisted he join her and they marched around the room together. The three year olds definitely enjoyed the parade more than the babies. 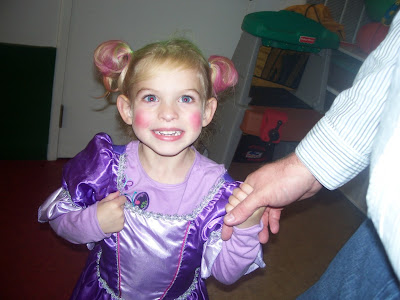 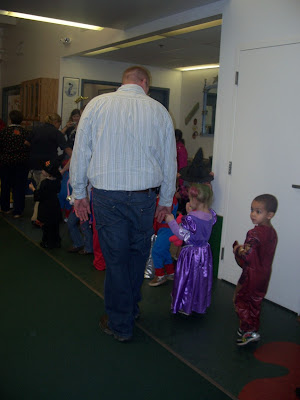 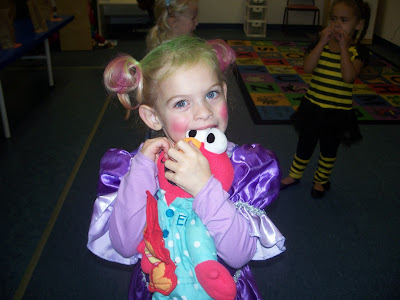 Finally at the end of the parade the kids sat in a giant circle and sang a few songs for all the parents. 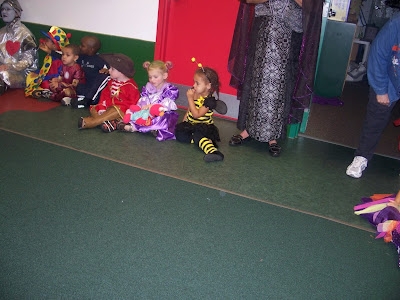 We all cheered and then we left the sugar crazed kids to the professionals.