Maybe it's normal for three-year-olds to be mildly OCD, or maybe it's just my kid. But either way, Addi likes things in a certain way and she can freak out if they aren't "just so." It's kind of weird because Jay and I are not like this at all. Just look around on any given Tuesday... The house is a disaster and things definitely aren't right where they should be.

When Addi still used a paci, she lined them up in her hand in a certain order each night and would kick and scream if they weren't the way she wanted them. It was aggravating but also a little funny because she was so obsessed.

Earlier this spring we moved Addi to big girl furniture and added some butterfly stickers to her wall. It took me a long time to get them evenly spaced out until I liked the way it looked. They can be easily removed and I figured she'd try to pull them down so I made sure she knew not to touch them.

Addi has done a great job of not touching them at all. Here's what it has looked like for the last few months... 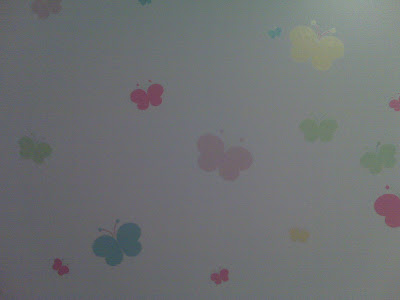 And here's how it looked last weekend after Addi "fixed" them. 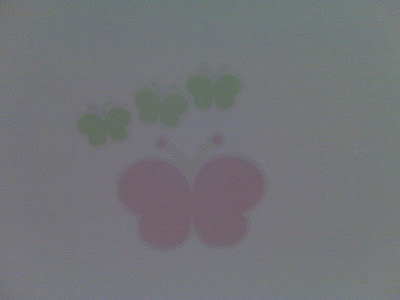 The entire wall looks like this. She moved some into a line... others are grouped by color with their "friends." 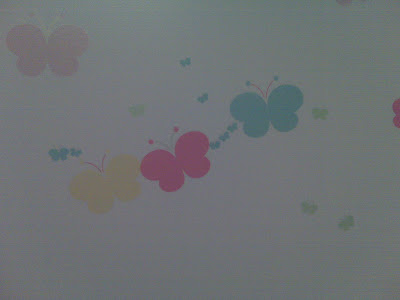 I don't have the heart to move them back since she worked so hard to get them just right. But honestly, them not being evenly spaced out is driving me nuts.
Maybe she's not the only OCD one in this house after all.

I think she did a pretty great job :0)