It was nice knowing ya'

While I basked in the Florida sun, Jay played the role of Mr. Mom with the kids. He obviously can handle both kids on his own, since he does that all the time, but for four days alone with them we both knew things could get tricky. As far as feeding the kids and the house, Jay’s the master. However, there are a few things that are strictly my expertise, so we planned for the worst and hoped for the best.

Saturday morning as I was heading out the door, Jay asked me to fix the girls hair so he didn’t have to worry about it. That’s when I decided what we needed was a lesson on doing the 'do. According to Jay it all went fine the rest of the weekend – according to Addi, Daddy made her cry daily.

Clothing could be an issue but I decided to let him wing it. If we have big plans I usually dress them myself or lay out their outfits for him, but even that can prove tricky. The last time we headed out to dinner I laid clothes out for both kids – jeans for Sam, capris for Addi – and Jay accidentally switched them up. So yes, Addi had on capris, but only because she was wearing 18 month jeans which were 4 inches too short. I assume the kids looked fine but Jay did request “clothes matching lessons” when I returned.

While I was gone Jay and the kids pretty much stayed around the house. The did drive down to visit Papaw and Grandma Carol for the day on Sunday, and I was pretty excited to get picture messages from Jay throughout the day showing me what they were up to. They are blurry but you can tell the kids had fun. 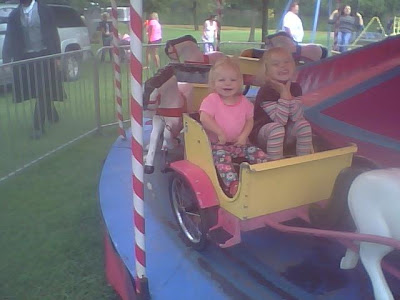 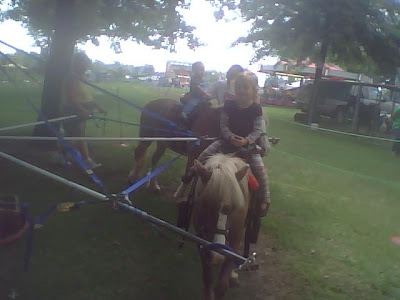 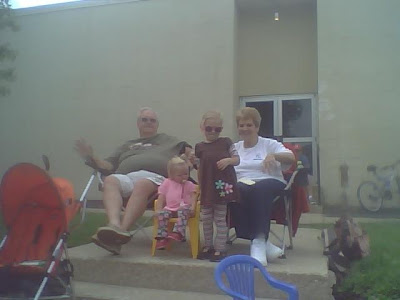 I assumed there would be no need for discussion on the pets. Keep them alive, in the house, and make sure they have food and water. Not difficult in the least. The day I left I checked on the hermit crabs and noticed that Austin was crawling around… without his shell??!?! I assumed he was looking for a new one so I made sure the extras were accessible to him and headed to Florida.

I was thrilled to come home to a happy household on Tuesday. Maybe their outfits didn't match and their hair was a mess, but they had fun and that’s all that mattered.

However, when I checked on the hermit crabs I noticed that Austin was still perched on his water sponge, just like when I left. A slight shake of the cage and he toppled over, crunchy and dead. I picked up Tyrone to see how he was handling his brother’s death and he, too, had croaked, hanging half out of his shell.

I haven’t told Addi yet that her first pets have gone to the big shell in the sky. Hopefully it’s not traumatic… Maybe I can blame it on the Pet Fairy?

RIP Austin and Tyrone. It's been nice knowing ya'. 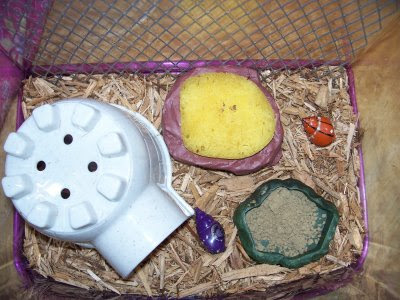