On Friday afternoon I picked the girls up from school and told Addi that we should check on her hermit crabs when we got home. I told her that they looked sick the last time I looked at them and they might have died, so she should be prepared. Of course I knew they had passed on to a better place but I wanted to make the shock easier for her.

We got home and [shocker] Tyrone and Austin were gone. Addi said, "Oh no!" then asked if she could hold them. You can see the sadness filling her eyes - so sad she even took the paci out of her mouth. 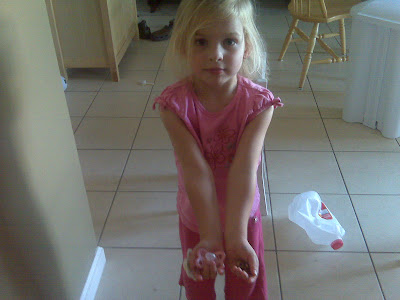 Next, we had to decide what to do with said dead pets. A small, tasteful memorial perhaps? Or just (gulp) toss them in the trash? I suggested burying them in the backyard but Addi freaked about that. Jay suggested that we flush them, explaining that it would send them back to sea with their family, but Addi said they needed to go to heaven.

We had some leftover helium from Sam's birthday, so we blew up an orange balloon for Tyrone and a purple one for Austin, wrapped the carcasses in Saran Wrap, and tied the little bundle to the string. 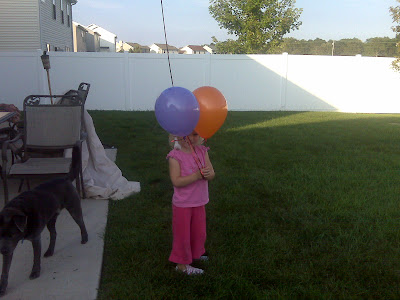 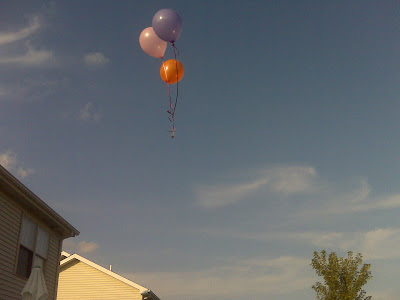 She waved and waved and yelled, "Bye Austin! Bye Tyrone!" until they were just a speck in the sky. 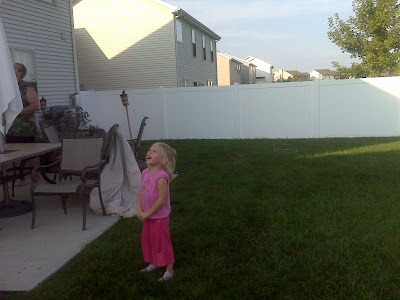 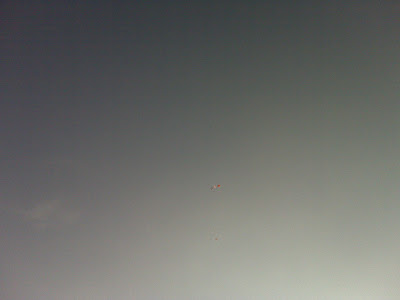 Not exactly a funeral for a king, but I think it was a pretty touching goodbye. Addi seemed happy that Tyrone and Austin went to heaven and said she looked forward to seeing them again someday. But later that day I caught her in the dining room, handing Sam a helium balloon and saying, "Bye Sam! Go to Heaven! See you later!"
We might have to have a few more chats about that.

That's really cute! Well, funny that she is trying to send her sister to heaven via balloon