After six months, it's time for the Big Reveal! I have been freaking out all week about this but last night made Jay put on a respectable outfit and meet me in the backyard for a photo shoot.

Pretty impressive if I do say so myself! 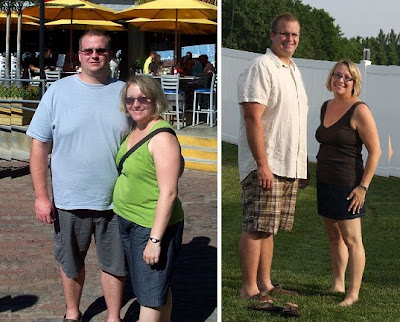 Jay has made the biggest transformation. To date he's lost 68 lbs! Go Jay! He is still eating right but isn't as worried about getting much lower in weight. And he looks great. 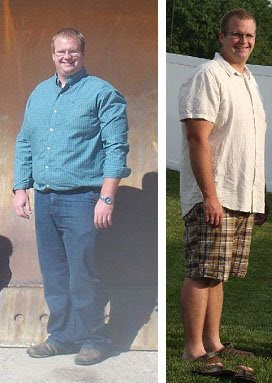 I have lost 30 lbs as of this morning but still have my belly, named Muffy the Muffin Top. After two c-sections I don't have much faith that Muffy and I won't be lifelong friends, but here's hoping!

I do have to say though, WHY DID NO ONE TELL ME MY GLASSES WERE SO HEINOUS!!! Darn you, Ron! 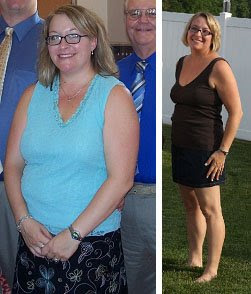 The family.... Man, the kids have grown over the last six months. 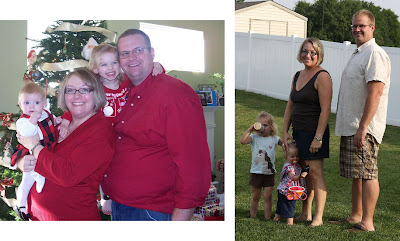 Tooting our horns here... I hope we keep it up because right now we both feel pretty awesome about what we've accomplished!

OMG !! I can't tell you how proud I am of you. I actually got tears in my eyes looking at both of you abd tge transformation. I have been watching the progress, but to see the "before and after" pictures certainly shows off your hard work and dilligence in making a better life for you and my grandchildren. I love you all so much ! Couldn't be prouder.

Great job, you guys! I wish that we had the will power to do it! You both look great!

You SHOULD feel awesome... OH MY! Congratulations... to both of you! You are one hot mama girlie... so proud of you both :) Keep up the great work! And yes... Muffy's best friend, Muffaletta is hanging on me, too... 2 c-sections here, sista ;) This gives me hope, though, you serioiusly look WONDERFUL!!!!

You both look amazing! I'm so happy for you