Growing up, I had a few nicknames. Lee and I were called Winnie and Wyndall Whiner for obvious reasons, and Lee called me Sis for quite a few years. I was also called “Monk” and for years thought it was because I climbed around a lot, like a monkey. I later found out that my bat-shit-crazy dear aunt Melva apparently thought I looked like a monkey as a baby, and it stuck. (For those who think I am being disrespectful of dear aunt M, trust me, I was being kind with my description - but that’s another blog entirely.)

And despite my parents best efforts to convince me otherwise, anyone who viewed my baby pictures could see that, crazy as she was, Melva was dead on about the resemblance. So, Monk I became and years of being self consciousness took hold.

Now that I see what everyone else does (you know I’m hot! Hello!) I have moved on from my Monk-hating days. And I affectionately call my own little girl Monk now and don’t even think twice about it.

But because I do believe she might be PART monkey. 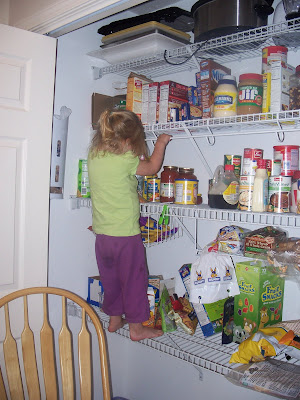 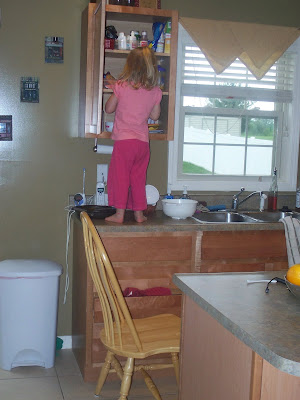 The girl can climb, chair not needed. The problem is, she's recruiting. And holding training camp in covert locations, like under our dining room table.

I call Layla Monk too :)