Several months ago Jay and I made a conscious effort to take a trip in 2008. A trip with no kids, lots of relaxation, and several adult beverages. After talking to several of our friends we got five friends to agree that this trip was a great idea, so Jay got to work planning our getaway. Instead of a hotel, we rented a fabulous house with three bedrooms, three baths, a pool, hot tub, dock, ocean access, and we rented a boat for a few days for some ocean adventures.

Fast forward to December 27th. Jay and I woke up and headed to the airport for our 6 a.m. flight, sad to leave the girls but very excited for the warmth to soon come. Jay even refused to wear socks and a coat because we were "already on vacation", despite the freezing Indiana temps. We landed in Miami and headed to the car rental place, where we waited for four hours for a car. Apparently Alamo overbooked the cars so we were happy to drive away with an upgraded convertible vs. being bussed to Orlando (as some other customers were).

The drive to Marathon Key was beautiful to say the least. 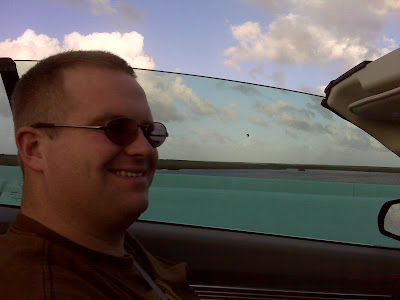 Once we got to our house we were happy to see that it very much resembled the pictures we had received. We quickly got down to the serious business of the week… eating, drinking and relaxing.

Our pool, hammock, and yard 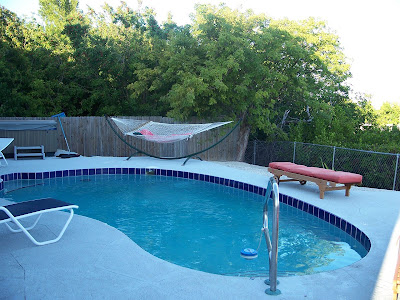 One of the many lizards that lived in our backyard 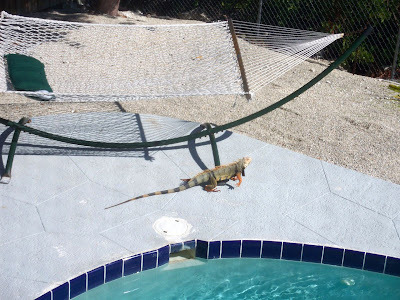 On Monday our boat was due to be delivered and the boat company had trouble finding our house. Jay kayaked out to sea to meet the boat (literally kayaked, I only wish we had pictures!) and his only issue was a Man of War jellyfish (put to death with an oar) and a giant bird that flew out of nowhere, scaring and almost capsizing him. Once we got settled on the boat, the seven of us boated out to sea to do some snorkeling and fishing.

View from our dock 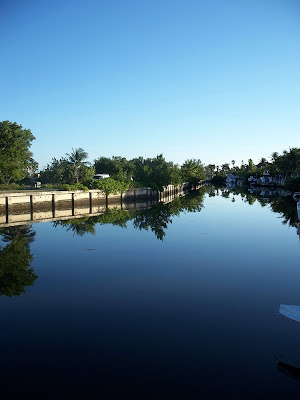 Captain Jay and his passengers 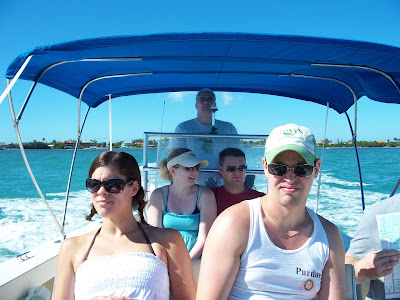 Here’s a few ocean tips, brought to you FREE by our group: When planning a sea adventure, take a few minutes to check out the tide times and rules of boating in the ocean. We had a few moments of "what does that sign mean?" and "What side of that buoy should we be on?" After snorkeling and boating for a few hours, the girls planned on heading back to the house but were unable to, due to the giant sandbar now visible between the ocean and our house. Back to sea we all went for some fishing fun. And the fish tasted yummy too. 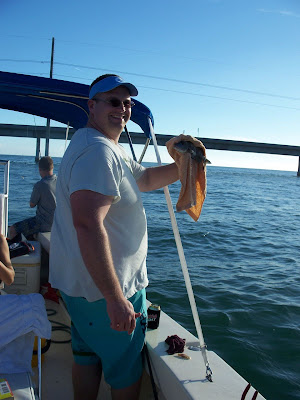 On Wednesday the seven of us loaded into the minivan and drove to Key West for New Year’s Eve festivities. We had two options for that night – party on one end of Duval Street, where at midnight they dropped a red high heeled shoe with a drag queen inside, or the other end of Duval where they dropped a Conch shell. We opted for option 2 and enjoyed a relaxing day. 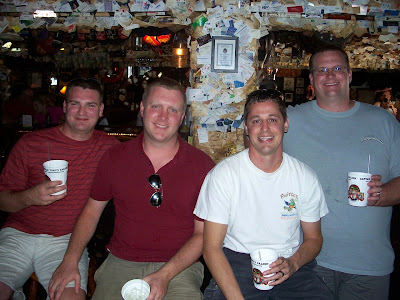 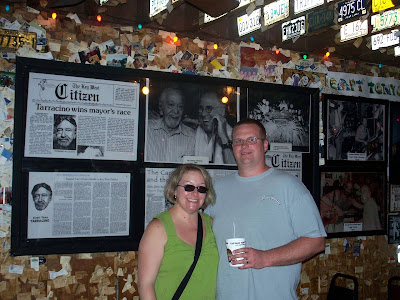 Jodi and I on the balcony of the Whistle Bar 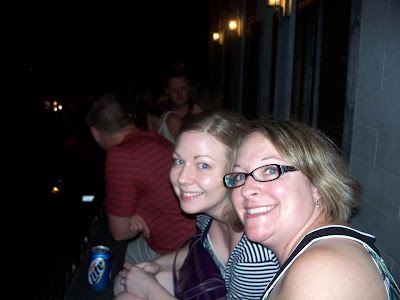 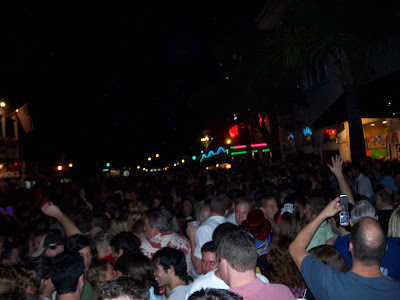 The remainder of the week was spent relaxing, playing cards, and on the beach. 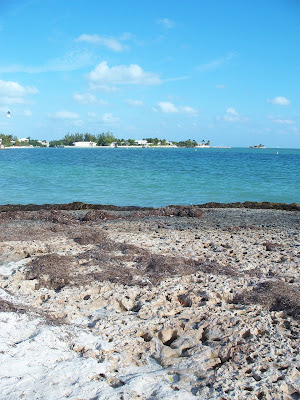 At the end of the week, we were well rested and sad to leave the warmth of the south. However, the best was yet to come. After an eight-hour layover in Atlanta due to fog we finally landed in Indianapolis and got back to my Mom’s house.

By far the BEST part of vacation was seeing our two kids again.

Hey, what are we? Chopped liver. I need a vacation. Of course, 6 1/2 months pregnant wouldn't have lead to too much drinking and maybe a little vomiting on that boat. Hmmm. Maybe not such a good year after all. Looks amazing though.