Merry Christmas from the Ralph Family!

First and foremost, MERRY CHRISTMAS to you all! My friend got her husband a bumper sticker that said, "It's OK to say Merry Christmas," so if Bethanne says it's OK, then it is.

So, at the end of our "Christmas" we will have had five "Christmas's", so this could be a long blog. Check out the end for a full link of all pictures, should you feel the need to REALLY catch up on all our merriment!

We started off on Sunday - since we were going to be out of town on Christmas day, Jay and I got Santa's email (he probably has a BlackBerry after all!) and asked him if he could stop by a bit early. We knew he would find us wherever we were, but since Addi was pretty adamant that Santa would bring her a dollhouse, we thought the safe thing would be to have him stop by early. Since Jay and I are heading out to Key West for a week on Saturday (sans Kids!) we had a pretty packed car, and a dollhouse certainly would not have fit. To seal the deal, Addi sprinkled our poorly made reindeer food on Saturday night and crossed her fingers he'd stop by. 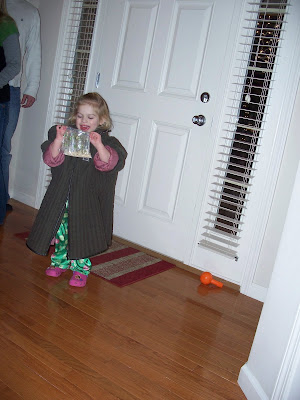 The big guy must have a heart because he came by, and BOY WAS ADDI EXCITED. 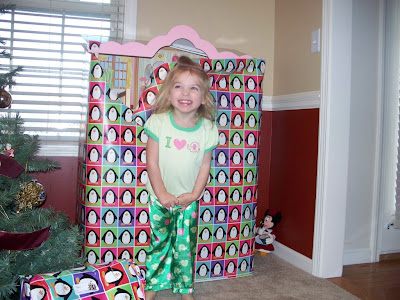 Sam could really care less but did enjoy her boat Santa gave her. 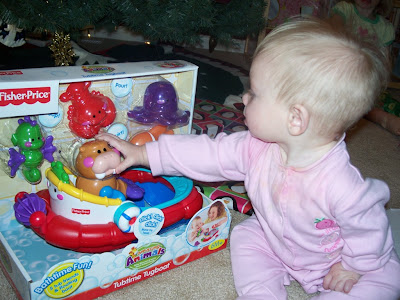 After opening all her gifts, Addi looked at Jay and I and asked where our gifts from Santa were, then said, "You must have been BAD!" We told her that we forgot to sit on Santa's lap so that must have been the reason why we didn't get anything.

Monday we headed to southern Indiana for the Ralph family Christmas. After spending the 23rd with the Schmitt family, we woke up on Christmas Eve and took part in one of the great Haubstadt traditions - bar hopping. I wish I was kidding, although the beer at Nesbit really does seem to be the coldest on earth.

Next we headed back to the Sensmeier's and opened gifts. The kids did remarkably well waiting their turn - although the temptation to open gifts before their turn was too much for some (ahem, Addi.) 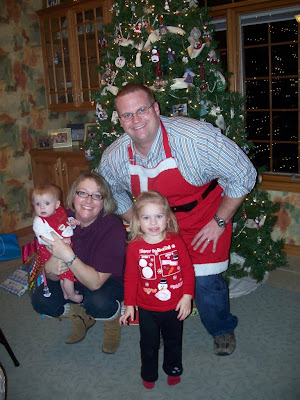 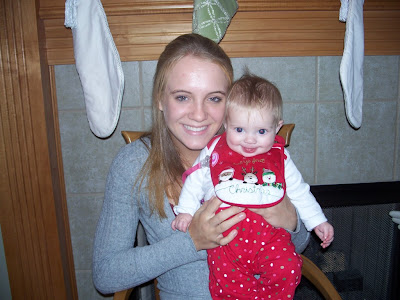 We heard some bells and turned to the door, and who walked in but SANTA! The kids must have been good because he made a special stop just to say hi. Addi ran right up to him and thanked him for her dollhouse, and then the kids all opened their gifts and took pictures with Santa. 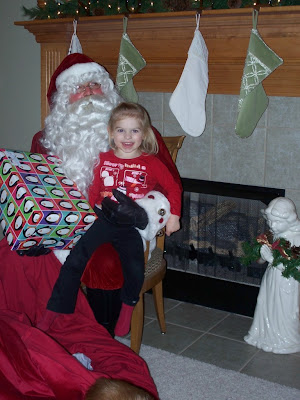 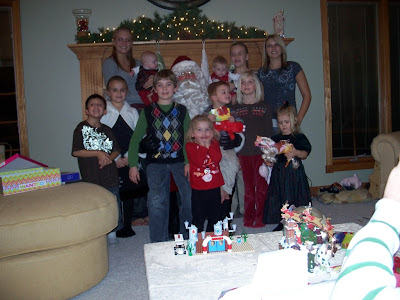 After a LOT of sugar, Jay and I headed to midnight mass and the kids stayed back with their aunts. Then we woke up this morning and headed to Indianapolis for Christmas number four with the Young family. 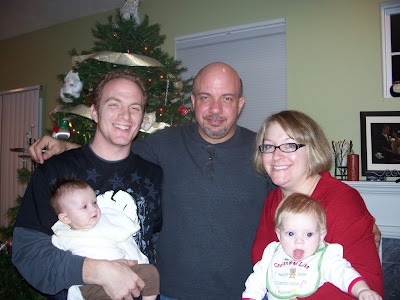 By now, Sam was a total expert at opening gifts. 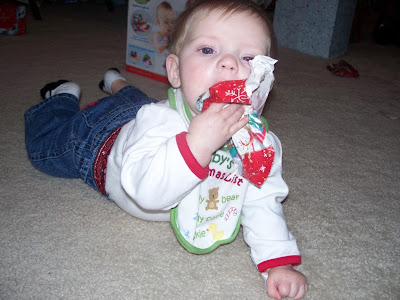 And Addi figured out that if she hid under a hat, we probably didn't realize she had Sam's paci in her mouth. 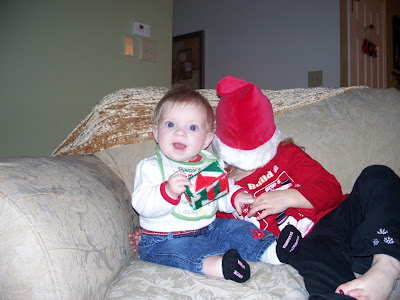 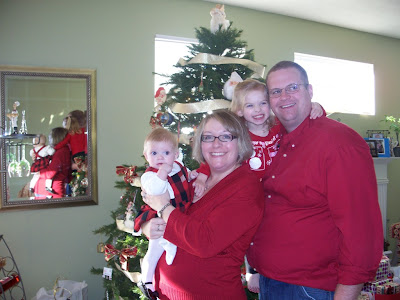 Four Christmas's down, one to go! 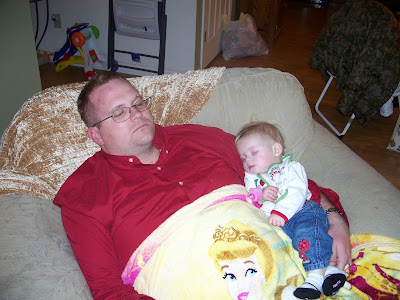 To view all the pictures, click here http://jayandstephanieralph.shutterfly.com/ and select Christmas 2008.
Two more days till Key West!
at 10:32 PM