We waited in line and then it was our turn. Addi went right up to Santa and told him what she wanted: A dollhouse. 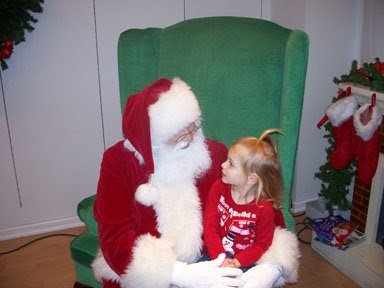 Next, Sam got to talk to Santa and she just growled and stuck out her tongue. But I'm sure Santa could understand perfectly since he obviously speaks all languages. 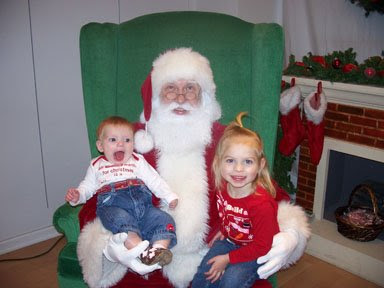 Jay and I didn't want to miss out so we talked to Santa too. I'm not sure if he can really bring world peace or a new fancy car, but we'll see! And I wore my cute new boots, and yes, my sweater was on the correct way. 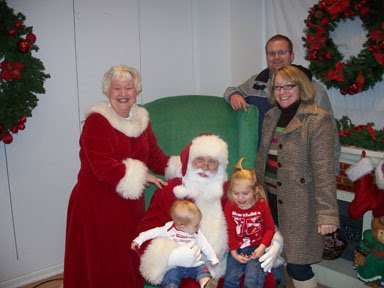 We went outside and rode the giant rocking horse. The girls loved it! Santa even came out to watch and Addi kept yelling "Santa! Look at me!" 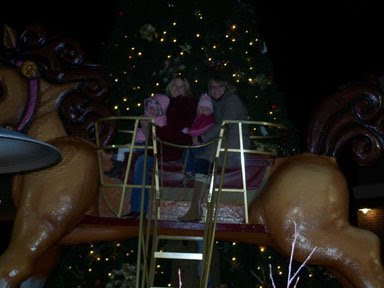 We found out today that Santa works for getting Addi to behave. After being what can only be described as a royal pain the butt all day, Jay finally had enough and said he was going to call Santa and tell him to cancel the dollhouse. And the flood of tears began.

Ever since, she's been lovely. Too bad we can't threaten with Santa all year round!

Oh well, just so you know for next year...you can start way sooner than now with that business. I've already talked to Mrs. Claus. She is nicer than I am and gave Braxton a second chance. ;)
Jenny