First real snow of the season

We, like many others around the country, woke up to several inches of snow on Sunday. Immediately Addi wanted to go outside and play, so after convincing her that snow boots would be more appropriate than Dora Crocs, she and Jay bundled up and headed out to play with her new sled. 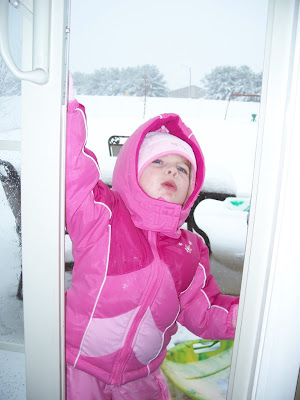 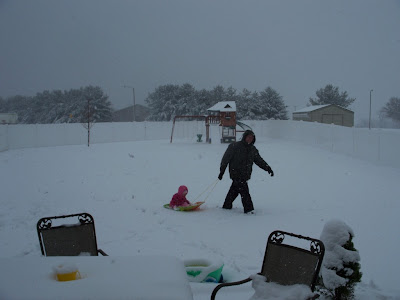 After dragging Addi around in the sled for a few minutes, Jay and Addi set out to make a snowman. When I asked Jay why they did it in the front yard, I got the eye roll Addi has perfected so well and a "Duh. That's where snowmen belong!" Any question as to Addi's sassy-ness? Solved.
Addi helped me grab some sticks for the arms and then she stuck some in the snow-person's side (legs, perhaps?) Then, she started crying, saying the snowman wasn't "pretty" enough. Maybe it was the hillbilly teeth I added on? 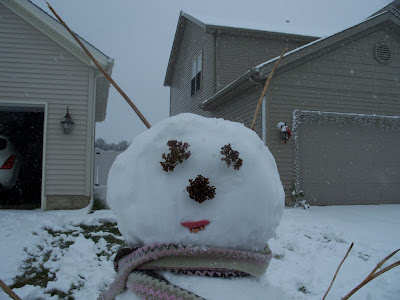 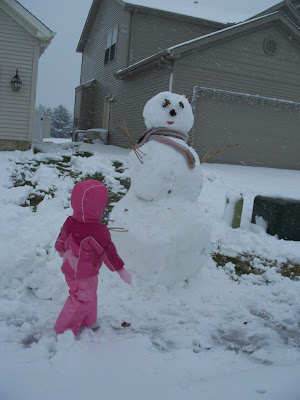 Finally Addi ran inside and Jay showed off his handiwork. 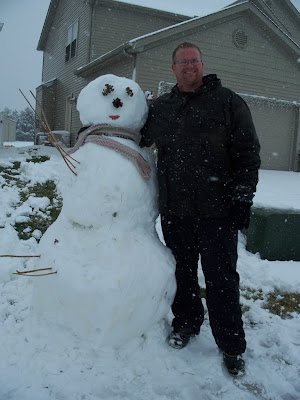 We'll see how long Frosty lasts... According to weather.com it's going to be a cold week!
at 6:55 AM

I love the snowman and I'm so jealous. No snow here in Texas!